Bangalore – Why Did You Do This To Me?

I have lived in Bangalore for more than 11 years now and in this nostalgic post, I write about some of my favorite things to do during your Bangalore Itinerary 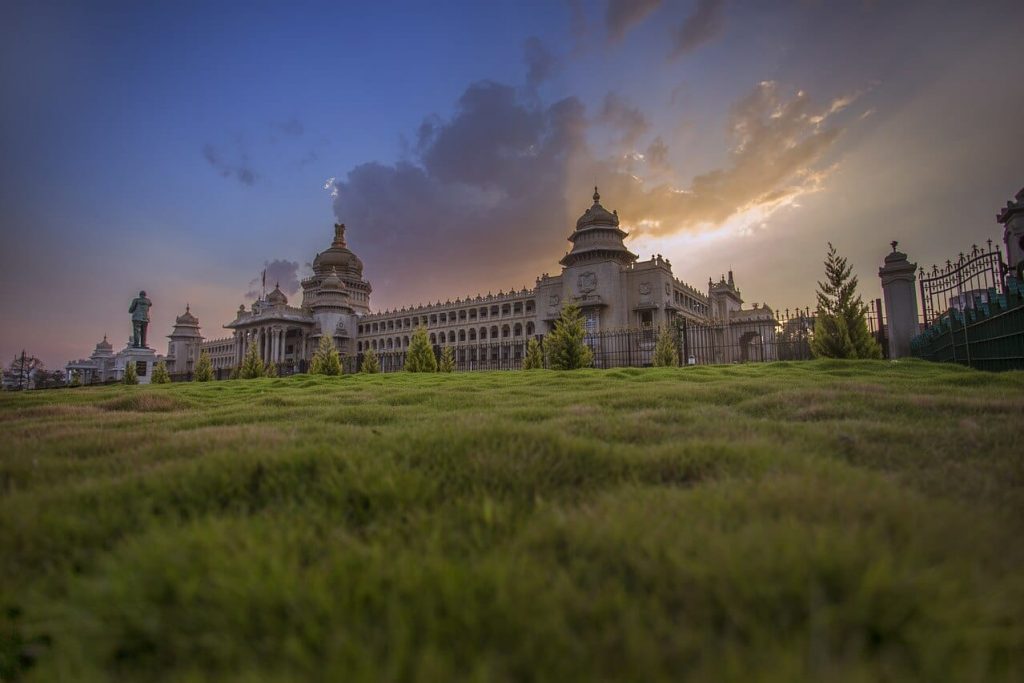 Nostalgia is a strange thing. It can make you do weird things. A long time ago a young guy fell in love with a city called Bangalore and he had decided then that he will one day settle in this beautiful city. Flash forward to 2006. It was time to shift back to India after a long stint in Africa. Then he remembered that city he fell in love with, so long ago. It was perfect. His elder kids had just finished college and there were more job opportunities in Bangalore. After all, it was the IT capital of India.


I think that is the story of anyone who has ever moved to Bangalore. Many of us end up moving to Bangalore in search of jobs or marriage or in my case, my dad’s dream. As I am completing 10 years in this complex city soon, I think it is high time I wrote about it. What kind of travel blogger will I be if I did not write a Bangalore itinerary?

Back then, I was more than enthusiastic to move to this city. All my friends from college were working here and I never really did fit in the city where I did my college from. 10 years down the lane, you may ask me if I feel the same. Strangely I do. Over the years, I have slowly fallen in love with this city in spite of the endless rants about the place.

Why did you do this to me, Bangalore? Why did you make me fall in love with you? It has mostly been a love-hate relationship. There are days when I feel exasperated about the traffic, the pollution, the commute and everything in between. But then those are heavily outweighed by the reasons about why I love this city. Yes, it may look like a chaos to you. But this is now my city and I will not allow you to ridicule my chaos.

You may ask how it has come to be so special for me. I think it is the little things that have made the difference for me. Things that come to me as I do a retrospection of what has happened over the years. I know these memories will be cherished forever by us.

I became an adult here. Not technically but this is where I first achieved financial independence. Bangalore is where I understood the sweetness of freedom. I was an overprotected kid till then and this is where I learnt to wade the waters slowly. A place where I could dress like I wanted, where I did not get judged by random people. I became a strong, independent and confident woman here and that is one of the main reasons why this city is so close to my heart.

So many memories. We do love our memories, don’t we? When we used to drive every weekend from Mysore to Bangalore during our training days. When one fine morning after a night of partying, one friend decides that he wants to go to Nandi hills to watch the sunrise and all of us immediately agreed. When your friends decided to throw a surprise birthday party at Cubbon Park, I mean who does that? When you spend hours debating about trivial things like politics and future.

Those hours spent singing out of tune Karoake songs at Opus. Or those hours spent playing games like dumb charades or taboo or Pictionary at your friend’s place or dancing at various places around the city. Or going Kart racing at Fun city. Or playing paintball/laser tag with your friends. Or going down splashing water at Wonderla. Those random pub hopping days.

Those days when you are the designated driver and you have a passed out friend in the front seat of your car who you have to drop home and you have no clue where he lives.

Those days when you could go for a dance recital at Chowdiah or a play at Rangashankara. Those days where you ended up spending the day at the Sunday Soul Sante or the Averakai Mela or Kitsch Mandi. Those days aimlessly walking around M G Road and Brigade road. We have all done it, haven’t we?

A place where someone screams at the stupidity of the architect who designed K R Puram Bridge every single day. Where you know that when your friend says he will reach in 5 mins, he will actually be there in 1 hour.

Where no one is ever on time and being late is a trend. Where you secretly pray that the street dog doesn’t bite you when you walk back home from the bus stand on a quiet night. Where you would rather spend an afternoon shopping at Commercial Street than an hour at U B city. Where you still get confused between the various entrances of LalBagh only to find yourself back to the place where you started from. Where you have to spend a dedicated amount of time every day stuck in traffic.

They say that the way to a person’s heart is through their stomach. And that is one of the main reasons why I love Bangalore. You are spoilt with countless choices when it comes to food in Bangalore.

Like the delicious dosas at MTR or Vidyarthi Bhavan. Like the Idli vada at Brahmins. Like the biriyani at Meghanas. Like the awesome buffet at Barbeque Nation. You feel incomplete if you didn’t have a DBC at corner house. There are days when you feel like having a lazy set meal at Mynt, Taj Westend whereas on other days you crave for the omelettes at Koshy’s.

As I am writing this, I am daydreaming about my favourite dessert places. A place where some friends argue that Toit is best for brewed beers whereas others argue that Windmills serve the best beer while some may argue that Pecos or Windsor is still the best place. Where you head to V V Puram (Food Street) on a lazy Saturday evening for street food or binging on Ramzan food at Frazer town (Yet to do this one). Yes, we are spoilt for choices and cuisines here in Bangalore.

Bangalore for me is a place of first love, heartbreaks and renewed hope. A place where I spent hours buried in a book at Blossoms or Landmark or Crosswords. A place where I would get caught every single time by my dad while sneaking into the house at odd hours. A place where you celebrated India’s World cup victory.A place where the love of our lives was born.

A workplace where I spent almost every waking hour at the office trying to get ahead in the rat race called life. A place where I work for one of the best bosses and that is the only reason I worked in that company for 9 whole years. A workplace which boasts about the best employee facilities in India.

But the best thing about this city are the people. The ones that welcomed us with open hands. That cop who smiles and waves his hand every day on your way to work. That security guard at work who wishes you Good morning and good night every single day and you miss him when he goes on leave. That bus driver who becomes happy when you converse with him in broken Kannada. Those auto wallahs with whom you fight with almost every single time. The eunuchs that scare you but you still pity them. The street vendors who always have a smile on their faces. The countless new friends you have made over the past 9.5 years (you know who you are).

Yes, I may crib about Bangalore from time to time. But there are so many memories associated with this place. The place where my dad once decided to retire, may have changed over the years but you still find glimpses of the old Garden city if you look close enough. People of this city have grown with this city and I am what I am today because of this city. I may be a globetrotting traveler but I will still come back every time to this city. And when people ask me where I am from, I will still say Bangalore.

Because this is my home, my city, Bangalore.
“Idu Namma Ooru Bengaluru” (Our City)

P.S: I intentionally left out the weather part since everyone knows that Bangalore has awesome weather.

Love this Song from Bangalore days.

Find my recommendations on guidebooks for India