As We Turn A Year Older 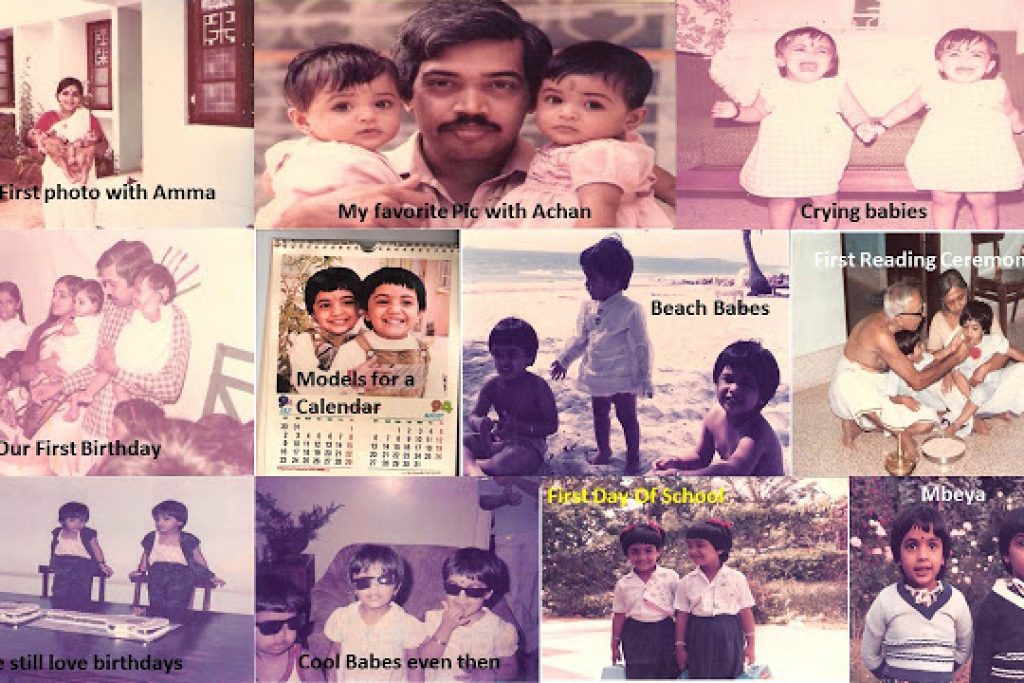 Growing up as one of a twin is different. You are stuck with someone, from birth for the rest of your life. Well that necessarily need not be a bad thing. There are definitely a lot of good things too. Try convincing your parents for something. When you are two, the power of persuasion exponentially increases. I think that is how we got our parents to agree to anything. How can you say no to two cute kids? Think of the overload of cuteness. The amount of scolding we got from our parents were also divided among the two of us.

We were partners in crime growing up. We even accidently dropped our younger sister when she was a baby (I still think that this somehow affected my younger sister’s brain). She was naughty as hell when she was younger. But as we grew up, she became the quieter one. When we were younger, we used to fool everyone, especially our teachers. Now we are complete opposites but our mom still claims that we still say the same thing simultaneously sitting in two different countries (Actually we do in spite of being fraternal twins).


The best part of it all was that I never needed anyone else for playing. She was always there and I guess she was my only friend back then. It is true that once we chose different career paths, we have made too many other friends. But that still doesn’t change the fact that we were best friends once upon a time. We still are but we do have a third wheel now, notably the younger sister. The younger sister used to complain all the time when we were kids that we used to never allow her to play with us.

Well it was never all rosy. We used to fight like cats and dogs. We still do. The only difference is that I don’t have any new scratch marks on my body like in our childhood. We were each other’s biggest competition when we were in school.

But as I reflect back today on all those years and all those crazy memories, I realize that we are more similar now. Both of us have a common love now, my nephew. Actually all our lives are now centered around him. We both have a crazy obsession with travel. She used to write as well but now she hardly does anymore due to lack of time. But she is always the first one to read my posts (At least I think she reads). We are both stubborn to the core and our mom says that we get that from our dad.

We have bucket loads of memories together. As I was going through the photos yesterday, I realized how lucky we are. I found it difficult to choose only a few of them. And as I write this, I have realized that I would not have changed it, even a tiny bit. Even if that meant getting stuck with you for the rest of my life. Obviously you got me as well.

“So Happy birthday Sis. Here is wishing both of us a great year. Also give chattambi a kiss from my side.”

P.S: All gifts that have monetary value are expected and accepted. Age will still not be disclosed. Don’t you know that you should not ask girls their age?

4 thoughts on “As We Turn A Year Older”