How To Spend One Day At Walt Disney World, Florida

In this post, I write about how to spend one day at Walt Disney World in Orlando, Florida. All you need to know how to get tickets, the various rides and parades inside the theme park. 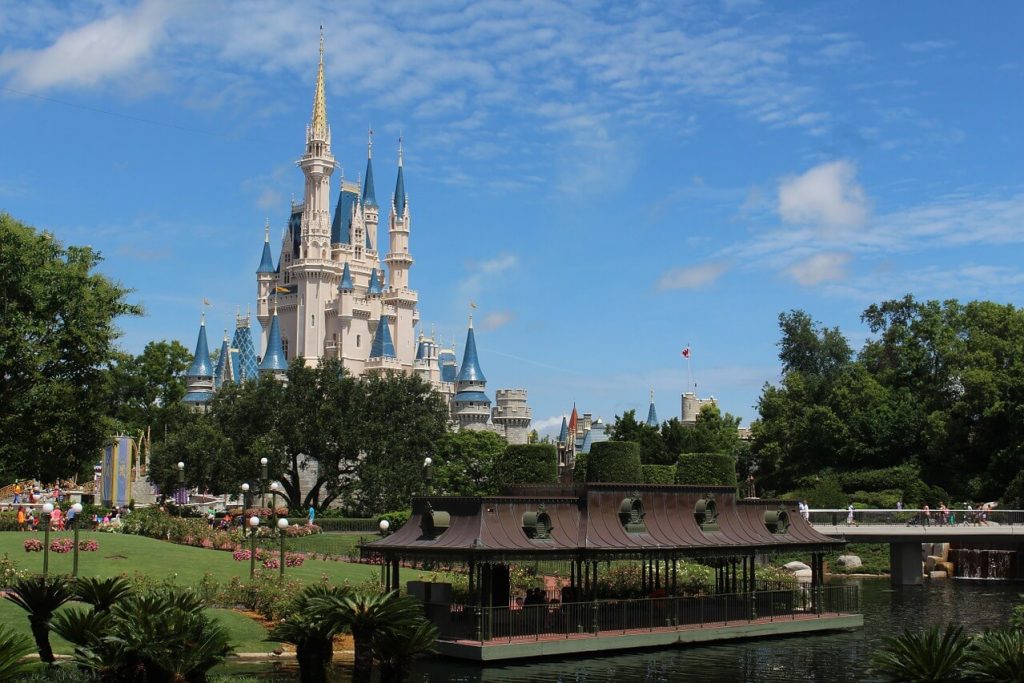 Ever since my friend shifted to Florida after her marriage last year, she has been calling me to visit them and spend one day at Walt Disney World, Florida. Due to personal reasons, I kept delaying it. But finally, after dilly-dallying for quite a while, I finally went and booked my tickets to the US on a whim. That was the initial plan. Anyone who has been reading my blog for the past few months know how it turned out to be few weeks of fun and rediscovering.

I did not fly to Florida directly though. I had my cousin in Chicago and Chicago was much more accessible and a cheaper option to fly to. I finished Chicago, New York and after waiting for my flight for forever, I finally reached Tampa, Florida late on a Tuesday night.

After joyously reuniting with my friends, we were finally on our way to their house. Don’t you love airports that way? You get to see so many emotional events. Some happy at seeing their relatives after a long time while others saying bye to their loved ones. Airports do bring out your true self, don’t they?

How To Spend One Day At Walt Disney World, Florida

Planning A Trip to USA from India did begin months back and my 3 days in Florida was carefully planned by my over meticulous friend. I think he must have called me at least 100 times just to finalize where to go.
So for people who have never been to Florida, Orlando is home to at least a dozen amusement parks.

Miami further south is known for its beaches and nightlife. Key West Island is famous too. St Augustine is the oldest continuously occupied European settlement in the United States. Also, you have an option of taking a 3-day cruise to the Bahamas from Florida. As you can see, our options were vast but the number of days in Florida were limited.

So it was finally decided that we will do 2 parks in Orlando followed by a day at the beach and shopping. But then the question arose, which theme park to choose? Orlando is after all the theme park capital of the World. Now for some history, just to set the context.

Walt Disney was looking for a secondary site to expand Disneyland. So what followed was that Orlando was chosen and over the years, a million dollar theme park oriented city (called Walt Disney World) has slowly come into shape. Magic Kingdom was the first themed park followed by multiple Disney parks like Epcot, Animal Kingdom, Disney’s Hollywood studios, Disney downtown and resorts. In addition to Disney parks, there are others like Universal Studios, Sea World, Island of Adventure etc.

Finally after days of deliberation, we decided to go to Magic kingdom and Universal studios. Since the friend who could drive in the US was working, we decided to take an early morning Greyhound bus from Tampa to Orlando in the morning. It takes around 1 hour 15 minutes and we were soon in Orlando. From the bus station, we took a cab to our resort to drop our luggage. We had booked at Disney Pop Century Resort to stay the night. It was priced at around 90$ and it is a decent resort.

It is advisable to stay in a Disney resort even though it is priced higher. This is because shuttles are available to all Disney parks from Disney resorts and local transportation is quite bad around there. If you stay in a non-Disney resort, you end up paying the same amount for transportation in case you do not have your own car. Keycards are fun here. You get Mickey waistbands and this gets you access to your room and the shuttles.

How to buy tickets to Walt Disney World

Soon after freshening up, we were on our way to Magic Kingdom using the shuttles.  You can buy your tickets from here. Disney World Tickets . However we bought our tickets at the counter there.

Once you enter the park, first get a map. This is needed for you to go around the place. There are plenty of rides and you need to prioritize which ones you want to do. I went in July and it was fairly crowded due to summer holidays. The wait time for each ride varied from 20 – 45 minutes. You also get 3 fast passes along with your ticket. This means you can take the shorter queue for 3 rides. I have attached a fairly recent map of Disney’s Magic Kingdom.

You enter Magic Kingdom through ‘Main Street, USA’. This is filled with shops and restaurants. Also note in the map the timings for the parades and shows, since you have to come back here to see the parades. From here, you can see the iconic Cinderella castle which is the most popular recognizable attraction of Disney parks. The Cinderella castle is centrally located and all other areas are built around this.

This was not my first time in a Disney park. I have been to both Disneyland in California and Paris when I was still a kid. All 3 of them are very similar and maybe that is why we were not as enthusiastic. Magic Kingdom is definitely a must see if you have kids though. They would definitely love it.

The rides are divided into segregated areas like Adventureland, FrontierLand, Liberty Square, Fantasy Square and Tomorrowland. Some of the rides which you should not miss are:

But the thing I enjoyed were the parades. They have different parades throughout the day and you should make sure that you do not miss it. The first one we saw that day was the Festival of Fantasy parade. The floats are so elaborate and you get to see your favorite Disney characters alive and they are so pretty and colorful.

The next parade we went to see was the ‘Shake It, Move It’ dance party. It was fun dancing with the different Disney characters with both kids and adults joining in.

The last show of the day is the most spectacular. It starts with ‘Celebrate the Magic’ which is a light show that illuminates the entire castle followed by a fireworks show around the castle. This is magnificent and it is very heartening to see the theme ‘Celebrate the Magic’.

This is followed by a ‘Main street Electrical Parade’. (It features floats and live performers covered in thousands of electronically controlled lights and a synchronized soundtrack triggered by radio control along key areas of the parade route– Source Wiki). Make sure to catch a good seat to see this show.

By the time this was over, we were exhausted and we went to catch a quick bite. The last shuttle leaves around 11:30 PM and soon we were in our beds tired.

Continuation in Part 2 of the blog. Do let me know about any queries/ feedback you have regarding this post.

8 thoughts on “How To Spend One Day At Walt Disney World, Florida”