You are reaching after a long night’s journey and you are exhausted. You just want a bed and to sleep for a while after a quick shower. The bus journey was more than 10 hours and you slept sporadically on the bus. Also, your feet look like baby elephants. You wanted to take a train, however, none were available. And you know that you will have to wait till 2 pm to get a room. So after a long journey from Strasbourg to Vienna, I reached Vienna, Austria around 9 in the morning. By the time I reached the hotel, it was after 10 AM. Since it was too early for check in, my receptionist asked me to drop my luggage at the reception and come back after 2 PM.

Since I was hungry (no surprise there), I decided to have something in the only restaurant, Pergola, that was open at that time. I missed breakfast by 10 minutes. They had only apple strudel and I ended up having two with milk. What a delicious combination that was. My mom’s favorite dessert happens to be apple pie and I did remember you, Amma, while eating that apple strudel.
As I was leaving the hotel for exploring the city, the receptionist called out to me and told me that a room was available. I thanked all my stars and I got to my room. I decided to shower later and immediately plonked on the bed, only to fall asleep in 5 minutes. The beauty of solo travel. No one to bother you if you decide to shower later.

I slept soundly and woke up many hours later realise that I had to rush to catch my show at the opera house. That was how good my room and bed was at Hotel Zeitgeist Vienna. After a pleasant rain shower (finally), I went downstairs to have a quick lunch before rushing off to the opera.

Hotel Zeitgeist Vienna is a four-star hotel located in the Sondewesse region of Vienna. It is 5 minutes by walk from the new Central station, Hauptbahnof. I did not end up using the central station since I either took a cab or a hop on – hop off tour to get anywhere in Vienna. The nearest hop on – hop off tour was only 10 minutes by walk from the hotel. This hotel is ideal for travelers looking to spend a couple of days in Vienna but do not want to stay close to the bustle of the old town. Since it is highly accessible, it was a perfect location for me. When I saw the large desk in the room, I just wanted to sit and write for days together. The funny thing about the bathroom is that it is partially open. The commode is separate and that can be closed. So this can get awkward if you are traveling with friends and relatives who are not your respective spouses (we had faced a similar issue when we were traveling with our cousin in Sydney. Every time my sister or I had to take a shower, my cousin had to step out of the room). Even though many reviews mentioned there was no mini fridge in the room, I felt that the vending machine on my floor was perfect. This way I had more options to choose from when I wanted a snack in the middle of the night.
Check out latest prices and reviews for Zeitgeist Vienna below:
TripAdvisor | Booking | HotelsCombined

Breakfast every day was a lavish affair and I always ate my fill. They also had decent vegetarian options. Another thing I liked was the ample space for the restaurants. It was much airier and comfortable compared to many other restaurants. They even have an outside seating area. Since it caters to a business traveler crowd, I did see many meetings happening in the bar. One day, I sneaked off to the rooftop gym and was blown over by the view from there. As usual, I did not get a chance to use the facilities but for business travelers, the gym and the sauna can be an added advantage. They also have paid underground parking and free wifi, making the hotel more appealing to a business traveler. Also, the friendly staff are always there to make your stay even more comfortable.
Overall, I had a nice time at Hotel Zeitgeist and I would definitely stay here if I went back to Vienna.
Liked it, then pin it.
Find my recommendations for guide books on Austria.

Booking is my go to resource for booking accommodation. I also compare prices on Tripadvisor always. 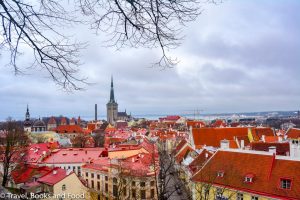 2019 in Review: A Year Of Loss, Gratitude, New Beginnings (And Mexico) 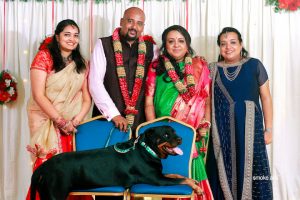 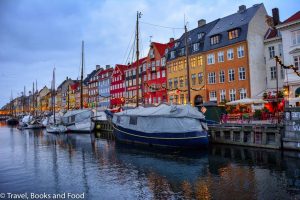 Many of us have that dream. To spend one summer, backpacking across Europe. Even though it was not my first time in Europe, I finally

Disclaimer This article contains affiliate links. This translates to no extra cost to you but I get a referral bonus if you purchase via the 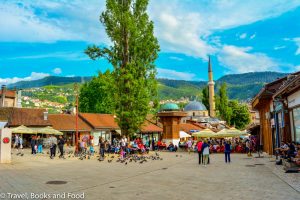 Sarajevo was never on my bucket list. It was a destination I chose because I needed a place to spend a layover in for a