My First Broadway Musical Experience: Phantom of the Opera Review

In this post, I write about my first Broadway musical experience. I saw Phantom of the Opera when I was in New York couple of years back and I loved the experience. 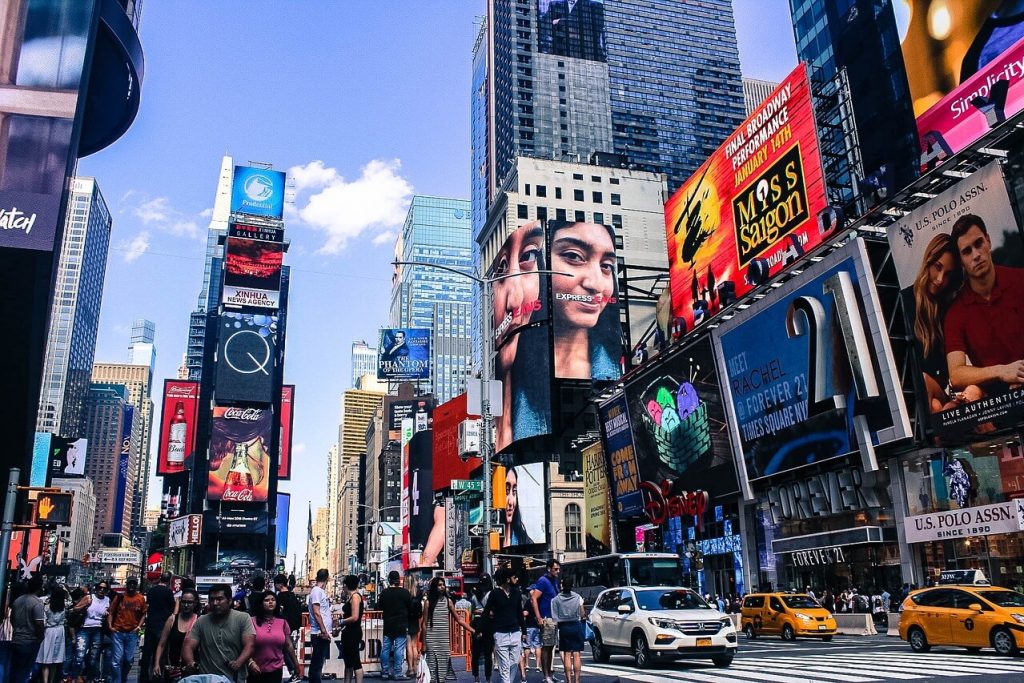 I have been asked by someone to write about anything I am passionate about. I am passionate about lots of things and a confused soul like me finds it difficult to choose only one thing to write about. You guys must be aware since you have gone through my previous blog posts. If you are yet to, then why don’t you look at some of them? Italy for the Indian Traveller or Washington in a Day . You got the gist, right? Just look at the length of them. I somehow cannot write less than 1000 words.

My First Broadway Musical Experience: Phantom of the Opera Review

How to get tickets to a Broadway Musical

When I was planning my trip to Us from India, the first thing I booked after booking my flight tickets was a ticket to the Broadway musical ‘Phantom of Opera’ in New York (through Viator app). I did not have a place to stay yet (maybe I was planning to sleep on the streets then) and I was yet to even plan my itinerary. I just knew I had a little more than 3 weeks in the country.

How idiotic is that? Wait did you call me an idiot? It was one of my ‘on the spur’ ideas and it was one of the best live performances I have ever seen. (You see I am a genius and such ideas have never gone wrong for me. Yet. Like the time we postponed our trip back to India by a day so that we can go skydiving in Sydney. What an experience that was.)

Check this post to know more about booking Broadway tickets in New York.

Why ‘Phantom of the Opera’?

Why did I choose ‘Phantom of the Opera’ when there are numerous other shows? Well the first obvious choice for anyone is ‘Lion King’ since it is the most popular one. How can it be when the prices are exorbitant? You have to pay almost 80% extra if you want a ticket. (FYI, you have to pay around 110$ for a ‘Phantom of the Opera’ ticket). So I went for my next option. It was cheaper and moreover, it was the longest-running show and musical in Broadway history. (It has been running for more than 27 years. :O )

What to wear to a Broadway Musical in New York?

So the ticket was booked. I finally figured out where I was staying. D-day came and I was all excited. Since I had only three days in New York, my schedule was jam-packed with places I had to see. I read online about the expected dress code and I realized that most people dress up fancy when they go to a Broadway musical.

No way was that going to work out for me. I did not have time to see all places. How do you expect me to go to my hotel to change into something fancy? So I chose a summer dress for the day and decided to make that work. Well, at least I think it worked. Even though the lady (It looked like she had worn makeup for me too) behind me in queue kept giving me weird stares. Anyway much better than the others who decided to wear shorts.

How not to get to Broadway?

I go too far ahead. Let us go back. The initial plan was to reach there by 7:20 PM for the 8 PM show. But since Google brother decided to give me directions like go southwest and then northeast, I got lost. Google brother, let me tell you something.

Wait a minute, why is it Google brother? Ok google sister, even though I am supposed to be a born traveller, I still get confused with right and left. How do you expect me to know what southwest and northeast are? As I was saying, I finally got there at 7:35 PM. There was already a huge queue in front of the Majestic theatre. They finally opened the doors at around 7:45 PM and all of us were in our seats by 7:55 PM after collecting our tickets.

Phantom of the Opera Review

Yes, it was finally time for the most awaited part of my trip. I was brimming with excitement. The whole theatre was brimming with excitement. You could feel it in the air. It was a Monday evening and the whole place was filled. A hushed silence fell as the show began. It was magnificent from the very first moment. It was like someone yelled action and everything just fell in place.

Julia Udine as Christine Daaé was totally mesmerizing. What a beautiful voice. Such a talented young actress. James Barbour as the Phantom was equally fascinating. Raoul was played by an understudy that day (whose name I cannot recollect). He was a good addition to the leading cast.

The entire cast was too enchanting to watch. Such perfect harmony. It was perfect from the moment it started till the very end. Gorgeous set décor made the experience even more thrilling. During one of the choreographed dances, I felt like going and dancing alongside them. They made it look so real and alive. It was worth every dollar I spent. The unexpected twist during the interval gave me a heart attack. Obviously, I meant figuratively.

So let us come to the interval. By then I was famished and in need of a bathroom break. There were at least 100 different ladies who had the same idea as me and I had to wait before I peed. Obviously, I had not eaten anything since lunch and I wanted to grab something to eat.

That is when I realized that they sell only candy, soft drinks and cocktails. They don’t even encourage kids here and they serve food fit for kids. And everyone knows what a bad idea it is to drink without any food in the stomach. I guess many of you must have experienced this before. Not me, of course. So eat something before you go for a Broadway musical.

Another thing that struck me was the lack of Indians there. We are the second most populated country in the World and there were only a handful of us to keep face. I guess it was a good thing. Else some stranger Indian aunty would have tried to talk to me and she would have been appalled to know that I was an Indian woman travelling solo. I shudder at that thought.

The second half was as thrilling as the first. All of us were glued to the seat and I was especially sad when the phantom did not get the girl in the end. Did I ruin the ending for you? Well, then you must be one of those ignorant ones who refuse to read books.

Photographs are strictly prohibited during the show. Now you know why I have posted such pictures.

Only thing I did not like was that one of the actors was not funny, in spite of being in a comical role. I was too caught up in the whole experience that the possibility of me not liking it was faint. A standing ovation at the end of the musical conveyed the mood of the audience. If you ever do get an opportunity to watch it, please don’t miss it. Unless you are culturally challenged of course.

Andrew Lloyd Webber, Charles Hart, Richard Stilgoe and Gaston Leroux, all of you are an inspiration. We wouldn’t have seen this magnum opus if it was not for all of you.

So that is all from me this time. More to come this week. Keep waiting. Most probably that will turn into next week.

7 thoughts on “My First Broadway Musical Experience: Phantom of the Opera Review”