Unforgettable Memories from our Australian Trip 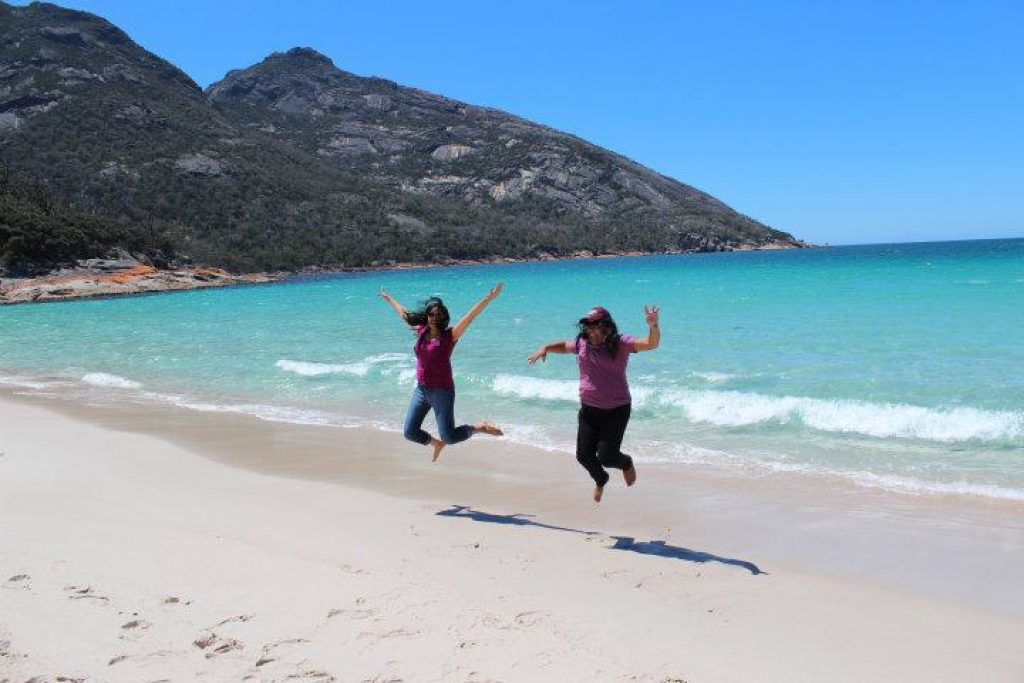 I did receive quite a decent number of good feedback for my last post. Hopefully, that has instilled in me some kind of passion to keep my blog updated. Thank you all for giving me the inspiration to continue writing. Hopefully, the next vacation which is planned for July will be updated much sooner.

Australia was a while back. Hence my memories are a little rusty. Nevertheless, I wanted to share about the 3 weeks I spent there during November 2011. I just wanted to jot down some of the memories we made during this trip.

Going to Australia was one of the easiest decisions we made. I have a best friend there, my sister has one there and one of our closest cousins is still there. We just had to book our tickets and get our visas (courtesy Akbar Travels, Bangalore). Everything else was planned by the three of them to the minutest detail.

So our bags were packed and tickets were booked on Singapore airlines. We flew from here to Sydney and back via Singapore. Silk Air sometimes operates between Bangalore and Singapore and this was one of the worst flight experiences I had. Leg space was so cramped and it was too noisy. Thankfully it is only 4 hours.

Driving everywhere other than through the Australian Outback:

We drove a lot when we were in Australia. We even took the bus from Sydney to Canberra on our first trip there. Drives are so scenic and calm. You could go miles without encountering another human being, especially in Tasmania. Everywhere you go, there was always an abundance of Kangaroos and Wallaby’s and we should be extremely careful that they don’t end as our road kill. The only crib I had while driving there, was that we had to stick to the speed limit and that was the hardest part for me.

I don’t think I have ever got the opportunity before to pet and feed cute animals like the Koala bears and Kangaroos, a wombat too.

Taking a Cruise liner from Melbourne to Devonport:

It was my first time on a cruise ship (Spirit of Tasmania, Ropax ferry) and it was such a marvelous experience. We went for the bunk bed option and it was the perfect choice for us since we hardly spent any time there. It is an overnight journey and the ocean liner has everything from casinos to movie theatres. Staring at the ocean has always been a favorite pastime of mine.

Have you ever been on Spirit of Tasmania with kids? Tell us how the experience was?

Waiting for the little penguins at Philip Island:

You have to wait in anticipation for a long while to watch this Penguin parade and in our case we finally saw it during sunset. They are so cute and adorable. Unfortunately taking pictures are not allowed. In addition to this, Philip Island is home to a race track and some stunning scenery.

Flying a plane near Perth:

I have been on planes countless times before but I have never got an opportunity to fly one till then. They allow you to take off and maneuver when you are in the air. Landing is left to the experts. Still an unforgettable experience with some awesome scenery.

Lots and lots of Chocolates and desserts:

Australia is home to countless Max Brenners and Lindt shops. These are food heavens and we never left a place without visiting them. In addition, we did have a variety of other interesting cuisines.

I have never visited any parliament house before this and this will be another memory that will remain with me over the years.
Canberra is a beautiful capital city and there are so many more things to do in Canberra.

I have a gambler for a brother and that ensured that we got to visit them quite often during our trip. It was fun even though we lost money playing everywhere.

Taking a wilderness tour on the locomotive at Strahan, Tasmania:

Strahan is a beautiful idealistic small town in Tasmania and we spent an entire morning there taking a leisurely wilderness tour  around in a locomotive. We were treated like Queens and Kings on this ride by the staff.

Sand boarding at the Pinnacles near Perth:

We were sand boarding for the first time and this again was a memorable experience.

An interesting experience even though nothing compared to our other adventures.

Partying the night away:

We did do a few of those. Whether it was hanging out at a friend’s place chatting all through the night or at a disco. I remember how after a night of partying in Perth, we ended up sleeping during most of our tour around Perth.

This one was a funny and unexpected experience. The idea was to go to the view point which was a 1km walk and watch the bay from there. But seeing the beauty of the place, we decided to hike to the beach which was around 2.5 kms from the view point. But as we made our way to the beach, we realized that the climb back was quite steep.

So we decided to take the longer way around Hazard’s beach. 11kms in party wear according to other hikers. The beach was wonderful, out of a fairytale but the hike was quite demanding and I was completely unprepared, both physically and mentally. I am quite glad that my sister and brother did not throw me off a cliff somewhere around there due to my incessant cribbing about my legs. It took us a total of 4-5 hours. But it is a hike you should not miss. Just be better prepared than we were.

We definitely saved the best for the last day. We tried in Melbourne but we were unable to do it. On our last day in Sydney, we called them and they had an opening. We postponed our trip by a day and went ahead. It is around an hour’s drive from Sydney and as we rode in our bus, I had butterflies in my stomach.

Yes I am talking about a Tandem Skydive. Tandem Skydiving is where you are attached to the instructor using a harness and the instructor controls the parachute. What an experience !!!!!!!!!! Even though I am terrified of heights, this is one that I will do again. After around 50-60 secs of free fall, you glide around for another 5-10 mins. I literally had tears out of my eyes due to joy and because of the weather up there. Looking down upon earth from high up in the air will never be the same for me.


Australia was fun, different and adventurous. Also we met many Wonderful people. Australians are the warmest bunch of people I have encountered. Hope to go once again to visit the parts of Australia we missed.

In this post, find out all about how you can get a Australia visa for Indians, mainly the Tourist or Business visa Subclass 600 type.

6 thoughts on “Unforgettable Memories from our Australian Trip”