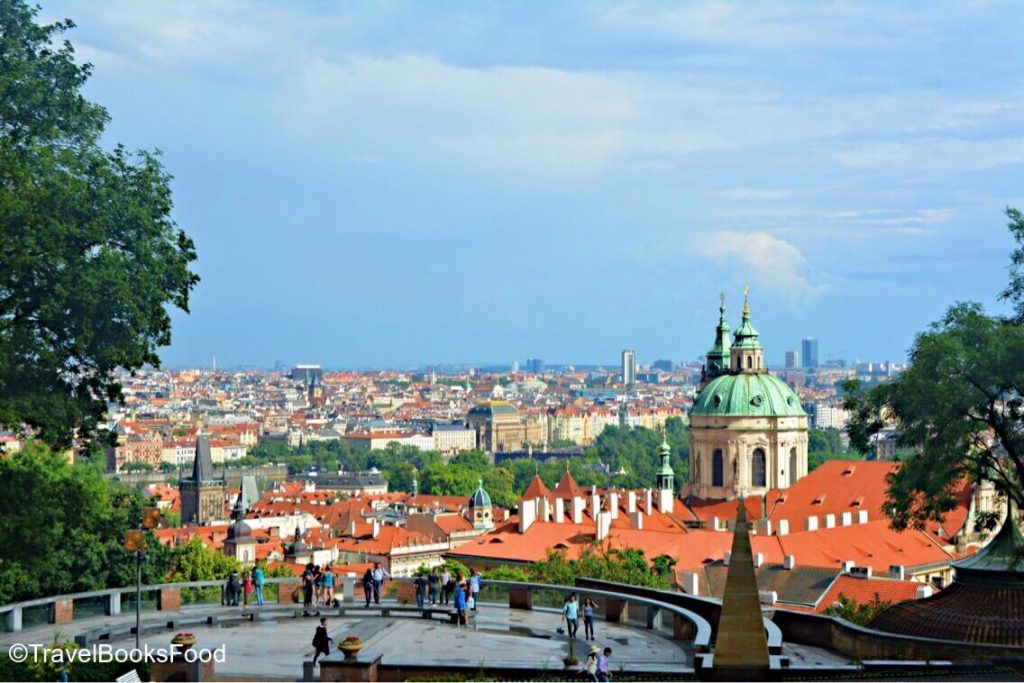 I know I have been struggling to write for the past few weeks. It is not because of lack of inspiration but rather due to lack of time. As my time in IIMB is coming to an end by the end of this month, I have been very busy with too many assignments and exams. Also, being a struggling entrepreneur means that I am basically getting no time to write.

However, I know that I cannot keep my blog unattended for so long. So, I thought I will renew the ‘Vegetarian Foodie across Europe’ series. This week I wanted to take you to a gorgeous city called Prague and the different types of food I had there.

One thing you would have to love as a foodie in Prague is how food is comparatively cheaper compared to the other cities I visited in Europe. I have heard that Budapest is cheaper but I have not been to Budapest yet. Prague is slowly catering to vegan travel in Europe as well.

Prague was my last but one stop during my trip across Europe. I was staying in a charming boutique hotel ‘Miss Sophie’s’. The day I got there, there were some renovations going on and hence my room was not ready yet. So, I decided to head out for lunch. I was really hungry and decided to check with Google Mami (or Baba) for inspiration. I was pleasantly surprised when it showed that a highly rated vegetarian restaurant, Etnosvet was only few minutes away from my hotel.

Even though it was close to my hotel, me being directionally challenged (especially when I am hungry), I ended up taking some time to find the place. Totally my mistake since it was just a minute from the I P Pavlova train/metro station.

When I got to the restaurant, the hostess told me that only the weekend degustation menu was available. It was almost 2:30 – 3:00 by then and their vegan bistro was also closed. They told me the price for the degustation buffet was around 600 CZK (Czeck Koruna which is equivalent to 22 Euros or Rs 1500).

By then, I was really tired and hungry. Even though I thought it was a little too pricey, I was too exhausted to go in search of another restaurant at this late hour on a Saturday. I still did not know the prices in Prague since I had only been there for less than an hour. Best decision ever. Many people who have been to Prague may argue that I paid a lot for lunch but this vegetarian meal was the tastiest meal I had during my trip to Europe. Hence I rest my case.

It was 16 courses of delicious vegetarian food. Since it was a degustation menu, it meant that you were given sampling portions of the restaurant’s signature dishes. It was 7 courses of appetizers followed by 7 main course dishes. This was followed by a dessert course where you are free to choose your desserts from a dessert table. You can also ask for second helpings if you liked any particular course. Even though they persisted a lot, I did not have any space for a 2nd helping for any dish.

I was told that the weekend menu is not fixed and it changes every week. The day I went, some of the dishes I ate were the Tofu salami, Penne in cheese sauce, Mushroom pate with Melba toast, Singaporean noodles, 3 rice salad, Spanish rice etc.
The ones I loved were the Soya meat in Tahini sauce and the Seitan Aubergine curry. Special mention needs to be given to the Tofu salami as well. I loved their selection of desserts and it was difficult choosing only two.
Find recommendations for recipes for some of the dishes mentioned in this post 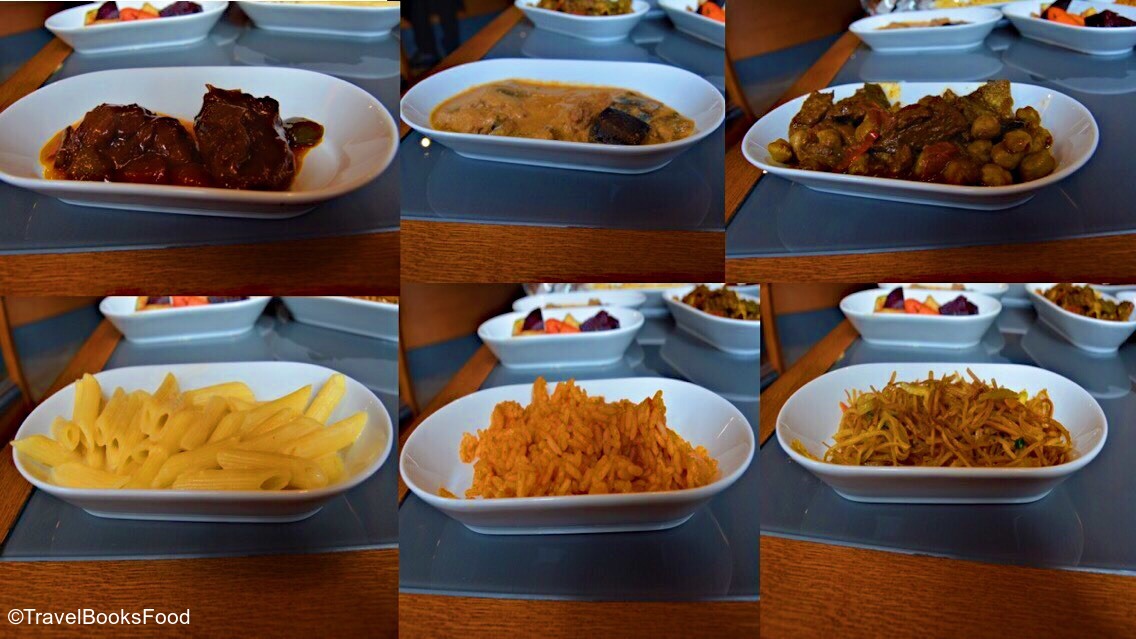 Another thing I have to mention here is the service. All the waiters and waitresses are so hospitable and I spent quite a while chatting with them. One of the guys was dead gorgeous and it was difficult concentrating on my meal with him around (those gorgeous European guys. Sigh).

Overall the cuisine is based on European, Continental and Asian cuisines. Etnosvet serves only vegetarian dishes and I would definitely recommend this place if you are in Prague and in the area. They do serve Alacarte menu on other days. But if you get to sample their degustation menu, then don’t miss the chance when you visit Etnosvet.

Looking for some food or brewery tours in Prague? I list some of the favorites below: 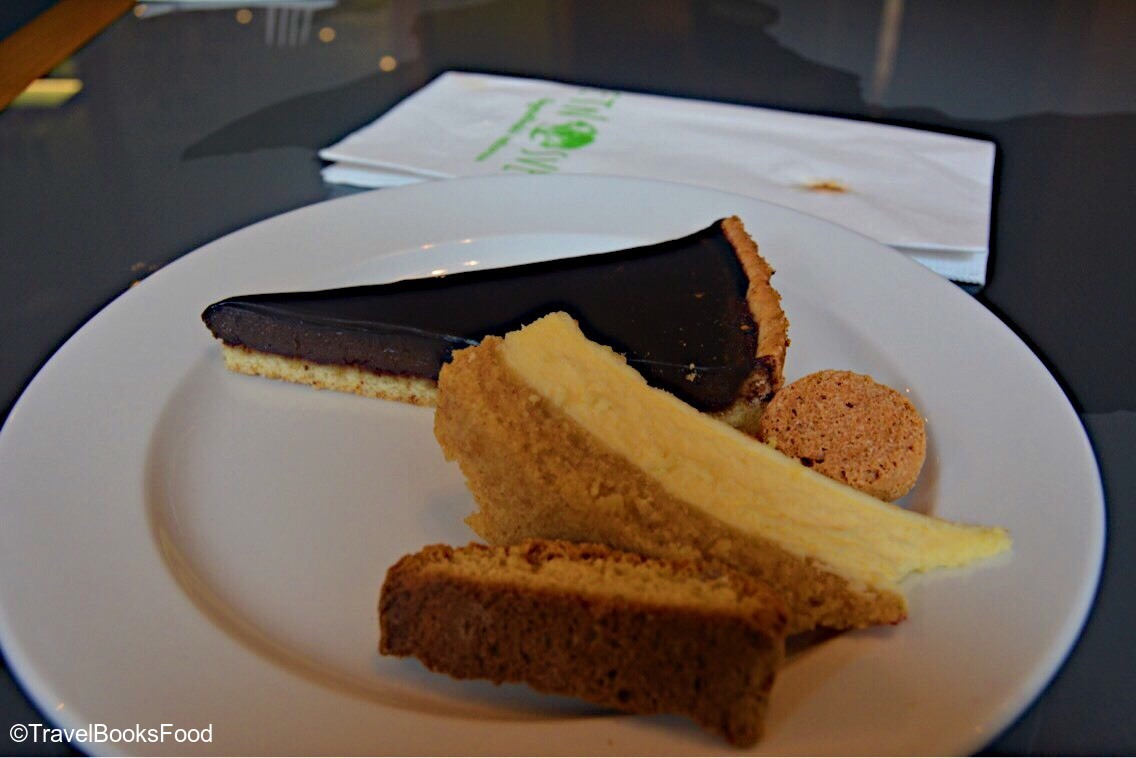 Since I had such a heavy lunch, I decided to skip dinner that day. Breakfast at the hotel was quite good and cheap and I ended up having from there on most days even though it was not included in the bill. The good thing about Miss Sophie’s is that they have a hotel and a hostel right opposite to each other. So you get the best of both worlds when you are staying there. For people, who love to drink beer, there are many beer tours that start from the hostel. Alcohol is dirt cheap in Prague and many of the friends I made at Miss Sophie’s were busy getting drunk on 1.5 Euro vodka drinks.

At some point, I realized that I was going to go broke once I paid my hotel charges. Because of this, I ended up eating a lot of street food in Prague. Street food is really cheap and you do get many vegetarian options. On almost every corner in Prague, you can find vendors selling Potato chips on sticks, Falafels and Trdelniks. Trdelniks are like doughnuts and you can find them almost everywhere in Prague.

Compared to the other cities in Europe, Prague is relatively cheaper when it comes to food. A falafel costs around 3 Euros here whereas I paid around 6-7 Euros in Amsterdam. Also, I was pleasantly surprised by the number of vegetarian options I found in Prague. I loved my time as a vegetarian foodie in Prague.

Read other posts from my Vegetarian in Europe series:

Find my recommendations for guide books on Czech Republic.

Why Prague is a favorite?

In this post, I write about some of the things to do in Sarajevo, Bosnia and how I was blown away by the unpredictability of my Sarajevo itinerary.

54 thoughts on “Vegetarian Food in Prague”