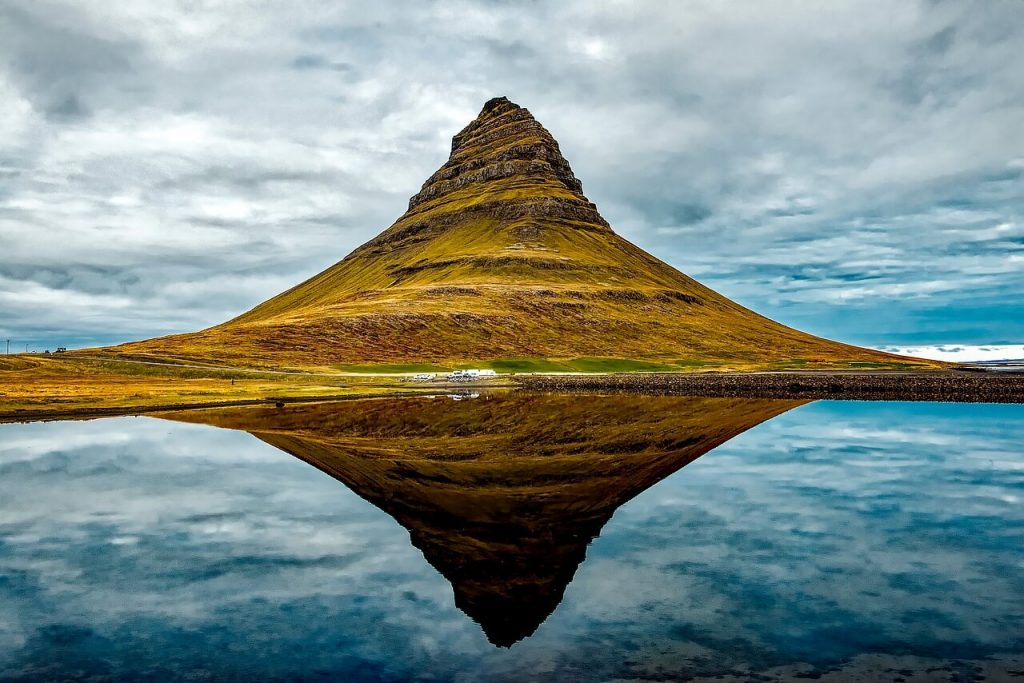 Iceland has caught the fascination of many for so many years and it is not hard to imagine why. If there is one destination that is really high on my wishlist, then it is Iceland. I have been dreaming of it for as long as I remember. I have been planning my perfect Iceland roadtrip itinerary for a while now and I hope I can visit Iceland soon. So, without further ado, here are the top places I want to visit in Iceland during my Iceland itinerary.

As many of you know, road trips are my weakness. I am currently on a road trip around Germany exploring the castles of Bavaria. And I usually have to plan each and every one of my road trips, especially if I am doing them alone. That is why I decided to write a wishlist about my idea of a perfect 10 day Iceland itinerary. I am hoping that a 10 day Iceland road trip would be enough to cover the 800-mile drive around the island.

One day in Reykjavik

Many people tend to miss the capital city, Reykjavik. But I would definitely love to start my journey by spending a day in Reykjavik. I would love to go walking in the city like I always love to do. While there, I would love to visit the largest church in Iceland, Hallgrimskirkja, the Harpa concert hall and the Sun voyager sculpture as well.

I would spend the next day exploring the Golden Circle. This is one of the most popular self-drive roadtrips in Iceland and can be done in a day as well. Thingviller National Park, the geysers at Haukadalur and the Gullfoss waterfall are the three must-visit stops on the Golden Circle route. I would love to go snorkelling/diving between the two continents at the Silfra fissure in the Thingviller National park. How cool would it be to touch two continents at once?

I have never seen a Geyser in real life and it is definitely on the wishlist to see one. I would also love to pet one of those gorgeous Icelandic horses on the way here.

Bruarfoss waterfalls is also another place I want to visit.

The next stop on our Iceland roadtrip would be the Snaefellsness Peninsula. Most of you must have seen the iconic mountain picture in many Icelandic pictures. This is the Kirkjufell mountain (the Church Mountain) and has been part of many Game of Thrones episodes. This mountain and the adjoining waterfalls are said to be the perfect place to spot the Northern Lights during winter.

Another place I want to visit in Snaefellsnes Peninsula are the rock pinnacles in Londrangar, particularly to see the Puffins in summer. I guess I have to make two trips to Iceland during summer and winter.

If you want to catch some Glaumbaer turf houses (the ones with grasses on top of them), then head to North Iceland from Snaefellsness peninsula. I would also love to spend some time in the town of Akureyri.

Visit the waterfall of the Gods and Myvatn Lake

I have always been fascinated with mythology and now I have slowly started reading some Norsic mythology as well. That is one of the reasons I would love to visit Godafoss waterfall or the waterfall of the Gods. But even if you are not too keen on mythology, you definitely cannot say no to a stunning waterfall.

Next stop on the roadtrip is the Myvatn lake. Since it is a volcanic lake, there are many naturally heated lagoons and hot springs known for their health-giving properties as well as fumaroles, mud pools and cracks of the geothermal area. I know it is an ambitious project but I would love to cover at least some of them around the Myvatn lake like Hvevrir, Myvatn nature baths. While I am here, I would definitely love to head to the whale watching capital of the world, Husavik.

Since one day is not enough to cover everything around the Myvatn lake, I would first start with the pseudo-craters at  Skutustagigar. Next stop would be the Detifoss waterfall which is known to be the most powerful waterfall in Europe. Also, on the way, I would love to see Leirhnjukur, which is an active volcano in Iceland.

Taking a detour to the East Fjords

Before we head to the southern coast, I would love to head to some of the lesser known East Fjords. Maybe while we are here, we may get to see the legendary Lagarfljot Worm, Iceland’s own version of the Loch Ness monster.

This is definitely one of the places that is high on my Iceland wishlist. Who can resist seeing a beautiful lagoon where icebergs have detached themselves from the Glacier. If I am going in the winter, I would definitely go for an Ice cave tour near Vatnajokull. Also, would definitely love to see the Diamond beach, where you can walk around the icebergs from the glacier on the beach.

Exploring parts of Iceland around Vik

I would start the day by exploring the Skaftafell National Park and hiking to the Svartifoss among the massive basalt columns. I would then love to head to the black sand beaches of Vik and explore the surrounding cliffs and sea stacks around the Reynafjara beach. On the way, would definitely try to walk the 2.5-mile hike to the famous plane crash site of Solheimasandur. I have heard that this hike can get a little challenging if the weather is bad.

I would spend my last day in Iceland exploring the waterfalls of Skogafoss and Seljalandsfoss. I definitely think it would be cool to walk in a cave behind a waterfall.

I really hope that I get to visit Iceland in the near future. So what do you think of my ambitious 10 days in Iceland roadtrip itinerary? Do you think it is feasible and do you have any suggestions of places that I need to add to my itinerary? Please do let me know in the comments below while I go learn how to pronounce some of the names of places in Iceland. 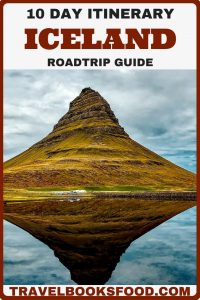 Find my recommendations for guide books on Iceland.