Check out TravelBooksFood’s Trailer below

It is a pleasure to have you here. I am Soumya Nambiar, known by many nicknames. But you can call me Soumya or Nambiar and I respond very well to both names. My online avatar is ‘Soumna’.

I was born in Cochin, India. Being one of a twin, my parents thought it best to come back to India for our delivery. 5 months later we were on our first plane ride back to Tanzania, Africa.

Growing up in Tanzania, definitely, has to be one of the best experiences of my life. I spent 17 years of my life there and there is not a single day that I do not wish to go back to the carefree days of my childhood days.

Soon another member, a younger sister joined the family. She tells us that we terrorised her all through her childhood days by refusing to let her play with us but I have no recollection of the same. Growing up as one of a twin meant that I was (both of us actually) mostly an introvert throughout my childhood and teen years.

That was one of the first challenges we faced. Just imagine two kids who all through their life had led a perfectly harmonious lifestyle and were suddenly thrown into the chaos of this beloved country, India. It was a nightmare initially but we soon got adjusted.

Even though I had always wanted to become a Doctor till then, I soon realised that Biology was not my cup of tea. I couldn’t for the life of me figure out how to mug all those biological terms. So, I turned to the next choice for most Indians, which was Engineering. My twin sister, in the meantime, decided to pursue Chartered Accountancy.

After going through most of my Engineering student life in a daze, I finally graduated and was all set to conquer the world. 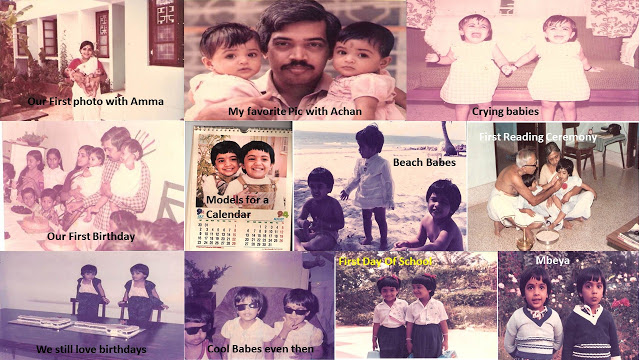 I don’t know if it was the turning point of my life. But at the age of 21, when most people were getting new jobs or moving to new cities or getting married (Yes, In India, many girls do get married at this age), I was diagnosed with a bone tumour (Osteosarcoma). Since it was caught quite early on, all I lost was a left middle finger on my hand. Yes, I only have 9 fingers. But I spent many months in and out of hospital waiting rooms (in pain), not knowing what was going on most of the days. I also turned a vegetarian during this, initially because of the many medicines I was on, at that time. I am still a vegetarian after so many years. Also, strangely I have never written about this till now.

I went back to Tanzania, recuperated for a while and worked in a small company there for a few months. Then moved back to Bangalore, India to pursue a better career.

I moved to Bangalore almost 10 years ago in search of a better career prospect. Within a few weeks, I got a job at Infosys, one of the best technology companies in the country. I worked there for 9 years before finally quitting last year to pursue higher studies. 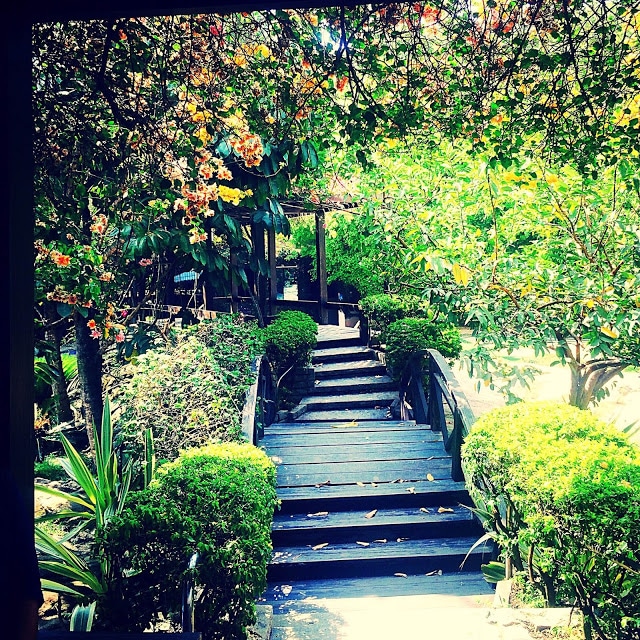 What Am I Doing Now?

I have always wanted to pursue higher studies but I kept postponing it for a long time. Then last year, I decided that enough was enough and decided to apply to the prestigious IIM-Bangalore school and I was accepted for a weekend Executive MBA there.

It was a fun learning experience and it was definitely nice to be back in school with some extraordinary classmates and professors. I graduated in February 2017.

In the meantime, I also started working at my family’s entrepreneurial venture. I continue to do the same now because I definitely enjoy the flexibility as well as the challenges that come with being an entrepreneur.

Well, I got married in 2019. And I have written about how my travel life has evolved post marriage here.

I also wrote an eBook in 2019. Find out all the details below.

Like I mentioned before, I started travelling when I was a baby in Tanzania, Africa. Both my parents are avid travellers and they loved travelling around the world. Dad had a travelling job, which meant that we got to tag along wherever he went. I was even home-schooled for two years due to Dad’s job in a remote corner in Tanzania.

I grew up seeing animals in the wild and that is one of the reasons I hate going to the zoos. By the time we were 15, we had already been to more than 10 countries.

But after moving back to India, our travelling days seemed like they were almost over. We had forgotten our crazy travel days and we were soon sucked into the life of a typical corporate Indian employee. Being a slave to the corporate world meant that we did not have the finances or the motivation to travel. But wanderlust cannot remain hidden for long and soon we started taking both small trips as well as big trips all around the world.

Even though I have travelled a lot with friends and family (My younger sister), I felt that something was keeping me back from travelling more. Soon I started travelling solo and I have not looked back ever since. It was not easy convincing my Indian parents to let me travel solo but I finally managed to convince them.

Just to mention, I am the least travelled person in my globe-trotting family, barring my 4-year-old nephew. He has our travelling genes and he has definitely seen more places than most of my friends.

What Kind of a Traveller Am I?

That is difficult to say. I am most at home in the jungles of Africa but you can also find a part of me, in the beaches of Goa. Being accustomed to an influential lifestyle from an early age meant that I have gotten accustomed to a luxury style of travelling. But I love hostels too. So, I alternate between the two and I can best be termed as a flashpacker.

I love visiting cultural and heritage sites and I have been to many of them around the world. Even though I can’t be termed as an adventure traveller, I have done my fair bit of adventure travel as well. I love swimming and you can find me in swimming pools and beaches most of the time, the first chance I get.

I travel with a full-time job and I still manage to try travelling somewhere at least once a month, sometimes up to thrice a month.

As a vegetarian traveller, all my travels are centered around finding the best vegetarian meals around the world. I prefer not eating Indian food when I am travelling outside the country.

I also travel with an Indian passport and I am constantly trying to prove that I can travel around the world with it. It definitely has allowed me to travel to around 42 countries in 5 continents.

But I have realized over the past year, that I will always be a traveller first and blogging will always come second to travelling.

I started blogging back in 2007 inside Infosys. We had an internal blogging platform called Infyblogs, back in those days and I started writing random stuff back then. It was completely generic content and I used to post all kinds of content back then. I made tons of friends through this platform and I am good friends with many of them even now. I stopped blogging on that platform sometime in 2009. Even though I created a Blogger account back in 2008, it remained dormant for a very long time after the initial few articles.
Then in June 2015, I posted a blog about covering Italy as an Indian Traveller. I received a lot of positive feedback and that is when I decided to be serious about it. After a 3 week trip to the US, I came back and bought my own domain in Aug 2015.
When I started blogging in September 2015, it was more like a hobby. I never thought I would start making a secondary income out of this blog. But so much has happened within the last 3.5 years and now blogging has opened up so many avenues for me. I have done many collaborations with hotels, tourism boards and brands over the past 3.5 years. It has grown at a substantial rate and I soon realised that Blogger was no longer an option for my growing blog.

That is why I finally decided to move to WordPress in March 2017.
I don’t know what the future holds for me and my blog. But I would love to thank all of you, my loyal followers for following me all along and I hope you will enjoy all the posts I write in the future too.
Read more about Travel, Books and Food.

Favourite Quote: “The World is a book and those who do not travel read only a page” – Anonymous.

• Growing up in Tanzania, Africa.

• Watched a Broadway Musical ‘Phantom of the Opera‘ in New York.

• Getting on the wrong Vaporetto in Venice and figuring out how to get back to our hotel.

• Staying in an Airbnb in a Gay-friendly locality, Castro in San Francisco. Be a straight woman and then accidentally walk into a Gay bar and you will know why it is an unforgettable experience.

• Car Breakdown in the middle of nowhere in Tanzania.

• Climbing to the top of the Leaning Tower of Pisa, all the while hoping that it does not fall down.

• Going to the Top of the World, Burj Khalifa in Dubai.

• Falling in love with Florence after seeing the view from Piazzale Michelangelo.

• I hate Zoos since I grew up watching wildlife all over Tanzania and I always get upset when I see majestic animals inside zoos.

• Visiting the casinos in Las Vegas.

•  Chopper ride over the Grand Canyon.

• Getting robbed in Madrid.

• Watched an opera at the Vienna Opera House.

• Falling in love with Colmar, France.

• Not Dying in the Himalayas

• How Israel was nothing like how I imagined it.

• Attending TBEX in Ireland and Israel.

• Seeing the joy on my darling nephew‘s face when I took him to the beach and to see his favorite animals, the elephants.