Colmar, France is one of the prettiest towns I have visited. Read on to find some of the Things to do in Colmar and why it is a must visit. 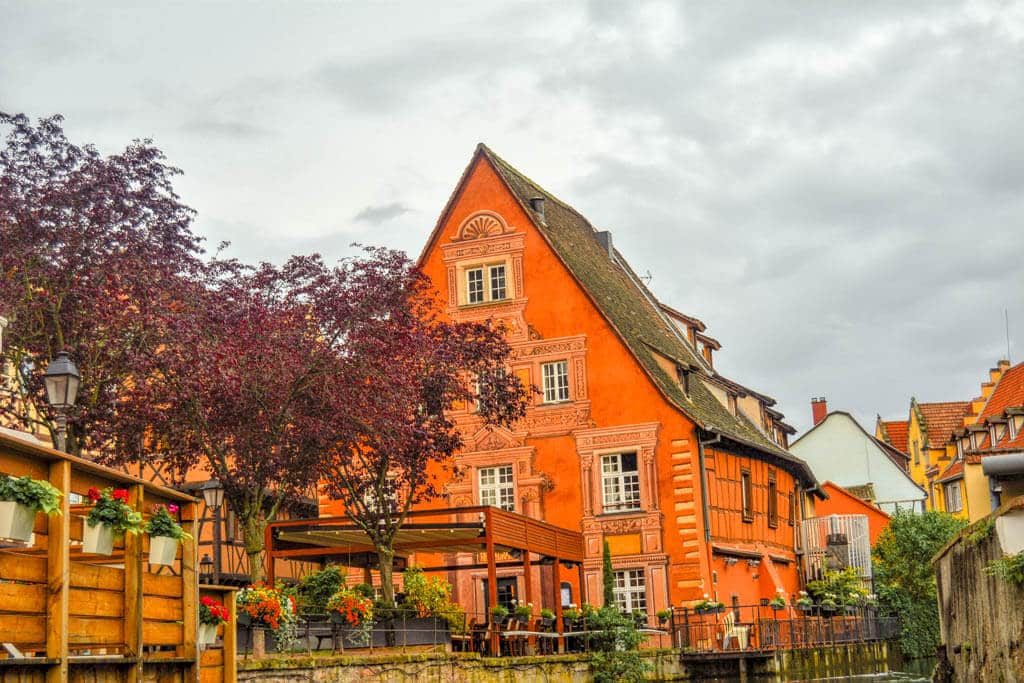 Sometimes I ponder. Why do I love travelling so much? Why do I have to go to so many unknown places? As our strategy professor pointed out last week, virtual reality is going to be a thing of the future.

According to him, you just have to put on some glasses and you are virtually transported to a beach and that will give you the same experience as being at the most beautiful beach in the world. Maybe that is the thing of the future but do I agree with him? Will I ever be content with seeing the world from my bedroom?

According to me, that is a ridiculous thing I have heard in a long while. Even though I have immense respect for him as a professor, I doubt we will ever see eye to eye on this topic. How do I tell him that no amount of seeing it on a virtual screen can prepare anyone for the actual real deal? The World is a much more beautiful place than we can ever imagine and whatever his convictions are, I would rather see every new place with my own eyes, smell it on my own, feel the excitement of experiencing a new place on my own.

I know for a fact that magical fairytale-like places do exist and I have seen many of them around the World.

I thought I had seen it all but then I heard of a small town called Colmar in France. People who had seen it before often called it one of the prettiest towns in Europe. I knew I had to see it once I saw all those gorgeous pictures.

Colmar is located very close to the French-German border in the Alsatian region in North-Eastern France. I think that is what makes it so unique. Colmar definitely has some influences from both the French and German sides. Many people consider Colmar to be the capital of Alsatian wine.

How to Get to Colmar France:

I was staying in Strasbourg and it just takes around 25 minutes by train. Basel is also around 45 minutes in the opposite direction by train from Colmar. A round trip train ticket from Strasbourg to Colmar cost me around 25 Euros and there is one train every hour from Strasbourg.

I knew I had only one day to see Colmar and I wanted to make the most of it. However, it was raining quite heavily in the morning that day and hence by the time I left Strasbourg, it was already around 11 AM. I almost cancelled Colmar because of the rain and I am glad that I did not.

Things to do in Colmar France:

By the time I got to Colmar, it had started raining again and I thought that rain was going to play spoilsport. The tourism guy at the railway station did not speak English and I did not understand a word of what he said. I did see people phoning for cabs from a phone booth just outside the railway station. There were buses available too.

I decided to walk. I love walking in the rain and Google Maps told me that it was just 20 minutes by walk to ‘Little Venice’. As I was walking towards Little Venice, it looked a lot like a typical European town. But it was not till I finally reached Little Venice, I realized how wrong I was. There are so many things to do in Colmar France.

Colmar, one of the beautiful places to visit in Europe

Have you ever been transported to a magical land? A land you believe exists only in fairytales. A place where you have to pinch yourself to believe that you are not dreaming. Colmar is all that and much more. Colmar is definitely one of the prettiest towns in Europe I have been to.

Colmar is a small town and you can pretty much finish seeing the place in a day’s time. However, please be warned. When you are surrounded by so much beauty, you will never ever want to leave. This idyllic town is a perfect example of how time stood still. The most prominent place to see is the Old town. The old town consists of ‘Little Venice’, a tanner’s district, a gorgeous church with a well-preserved charm and few museums.

Take a stroll along the district and you will never stop clicking pictures. I must have walked around the ‘Little Venice’ at least twice. You can also take a mini train around the place. I rented a small boat that took me around the canal alongside Little Venice. You have to pay around 6 Euros per person. It was fairly deserted around Colmar since it was drizzling the whole day. That meant I got the boat all to myself as I took in all the beauty from another angle.

Since Colmar is the birthplace of Bartholdi (The guy who designed Statue of Liberty), you can head over to his childhood home which has now been converted into a museum. Also, walk around Colmar to find the uniquely designed houses like ‘House of Heads’ or ‘Old Customs House’ or ‘Pfister House’.

If you love wine (unlike me), then you can find multiple places around town to have a quiet sip, as you sit there contemplating life. I had lunch at the indoor organic market and it was really delicious.
Overview:

Colmar is a place that has to be seen slowly. It is not a place where you go around checking the number of places that you have seen. Even though I spent only a few hours in this gorgeous town, I will never forget my time here and I would definitely want to go back here again. Colmar really has found a place in my heart and it has been placed in my heart as one of the prettiest towns in Europe. Well, the pictures definitely agree with me.
Liked it, then pin it:

Find my recommendations for guide books on France.

In this post, I write about some of the things to do in Sarajevo, Bosnia and how I was blown away by the unpredictability of my Sarajevo itinerary.

51 thoughts on “Exploring Colmar: A Fairytale Town In Europe”