We try to have dinner at least once a week as a family, even though it is next to impossible due to all of our busy schedules. Last weekend, during one of these dinners, we started reminiscing about that one trip we took so long ago where everything went wrong. Not everything but it was still one of the most eventful trips I have been on. My brother in law seemed flabbergasted after hearing the story from all of us. We still remember it in vivid detail, though this Tanzanian Safari happened almost 18-20 years ago.

It has all elements of a thriller. Drama, Suspense and everything that constitutes an action-packed thriller.

It was an Easter weekend during the late 90’s, which meant in Tanzania you got at least 4-5 days off. All 3 of us were still in school and that meant it was a perfect opportunity for a weekend gateway, after the final exams. So, a decision was made and we were to head out to the Ruaha National park, near Iringa in Tanzania.

We were not alone. We were accompanied by two other families and we headed out to Iringa in two cars, one Suv and another a Saloon. The plan was to stay at another family friend’s place in Iringa before heading out to Ruaha the next morning.

Achan (Dad) used to own a Mercedes D220 back then. Even though it was an excellent car and we owned the car for more than 13 years, it was still a bad choice to go road tripping on African roads. The distance between Dar-Es-Salaam (where we were based in Tanzania) and Iringa is around 490+ Kms. Google maps tells me that it takes around 8 hrs these days to cover this distance. So just imagine how much time it would have taken back then.Anyway, we were on our way to Iringa and we faced our first hurdle.

Since the roads were full of bumps and ditches, the car hit one bump and something happened to the silencer of the car. Even though we managed to get it temporarily fixed, it still gave us too many problems all along the way to Iringa. By the time, we got to Iringa, it was quite late and all of us were too tired after the day’s events.

So, imagine this, we are in the middle of nowhere with not another soul in sight and one of the cars break down. It was a time when mobile phones were rare and GPS was a term none of us even knew back then. It is in situations like these, you really get to understand the vastness and remoteness of my beloved continent, Africa.

Even though Achan had a mobile phone back then, it was practically useless anywhere outside Dar-Es-Salaam. As we were contemplating our options, another vehicle passed by. They stopped and when we enquired, they told us that it would take around 90 minutes to get to our hotel in Ruaha National park (I think we were staying in Ruaha River Lodge but I really can’t remember).

That didn’t sound too bad and it was decided that one set will go in the first car while the other set waited. Achan and the driver were to take the ladies and the kids first to the resort in Ruaha National park while the other set including my mom, sister, mom’s friend and the gents waited. Then he would come back and pick the other set waiting back in the middle of nowhere. It must have been around 12 PM then.

Recommended Read – Growing Up in Tanzania

Since this was our only option, we had no other choice but to accept our fates. The kids were still in high spirits in the car and we had a jolly good time all the way to Ruaha. So how many of you have gone to a wildlife park in Africa? Most of the times, there will be an entrance to the park and the hotels will be situated in the middle of the park. It was the same case here and we had to drive another 30 minutes to our hotel.

On the way there, we finally realized that the estimate of 90 minutes was not correct. By the time we got to the hotel and checked in, it was already past 2:30PM. Achan had to pack lunches for the rest of the gang and it was after 3 PM by the time he left the hotel. We also had another new problem. All gates to national parks close by 6 PM and it would be really difficult to get back in time. This is to avoid getting lost in the middle of an African jungle at night time.

Oblivious to all this, the other set waited on the roads. They had nothing but biscuits to eat and they had to suffice with few bottles of water in the hot African summer. They also had to use the nearby bushes to attend to their calls of nature. But as time went by, they started getting worried since there was no sign of the car. Soon another vehicle passed by and they got to know from them that the initial estimate of 90 minutes was wrong. In those days, maybe one vehicle used that route every hour.

Achan had started getting impatient by then and he had taken the wheels from the driver. He drove at crazy high speeds in those never-ending rickety roads and he got to the other gang by around 5 PM. He left both the drivers there and asked them to get the SUV fixed. By then, help had arrived from Iringa since one of the passerby vehicles had taken our message to Iringa. Luckily he had the common sense to ask the guards at the entrance to wait for at least some time before they closed the gates to the national park.

Back at the hotel, even though we were initially quite glad to be finally fed and out in the open, it slowly started to dawn on us, kids, on the severity of the situation. Actually, the twin boys had scared my younger sister, which in turn led to her wailing, which in turn, prompted all the kids to start crying. Every passing hour, someone broke down and the situation was quite grim by 7 PM with no sign of the other group.

Thankfully luck prevailed and they finally reached around 7:15 PM. Only to be greeted by 5 wailing kids and 2 sobbing ladies in the hotel lobby. I still remember that moment like it happened yesterday.

We spent the next 1.5 days roaming the Ruaha National park in the hotel’s safari jeeps. It was a fun experience and we were all the more excited to see the numerous African elephants the park is famous for. We also heard the story from all perspectives and we realized how lucky we were. Everyone has a different safari experience and it is always best to know what to expect on a safari. 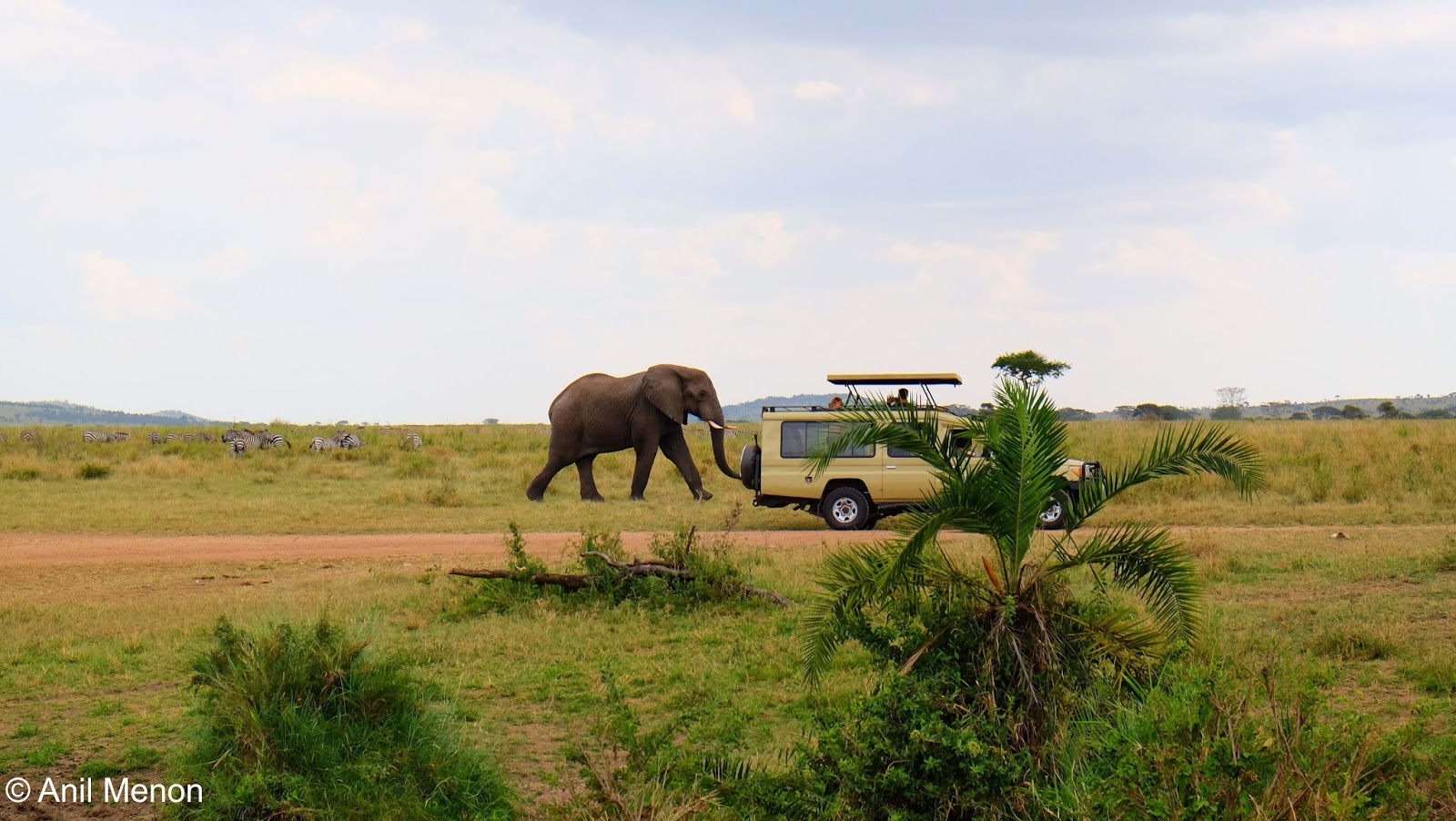 Our way back to Iringa was also quite adventurous. Both the SUV’s were back by then and the driver was driving back. In spite of Achan telling the driver not to get into the big slush, he did it anyway and got stuck. We spent the next few hours trying to pull the car out of the slush. After a lot of cursing, the car was finally out of the slush and we were soon on our way back to Iringa.

Soon we got back to Dar-Es-Salaam. Even though our Mercedes gave few problems on the way back, we still managed to get back in one piece for me to write this article almost 18-20 years later.Even though that trip was full of hurdles, it is definitely one of the most memorable trips I have been on. Relying only on intuition, courage and some plain good luck, our parents (my parents and other adults) still managed to get out of the situation, in spite of the uncertainty of the African continent.

What makes this so remarkable is that they had absolutely no technology to save them back then. So, go and book yourself an African adventure and switch off your gadgets. You can thank me later. “It will be the trip of your lifetime.”

P.S: All pictures are from a recent trip to Tanzania and were clicked by my brother in law, Anil Menon. However, they did not make it to Ruaha this time and are mostly shot at Lake Manyara, Ngorongoro and Serengeti. 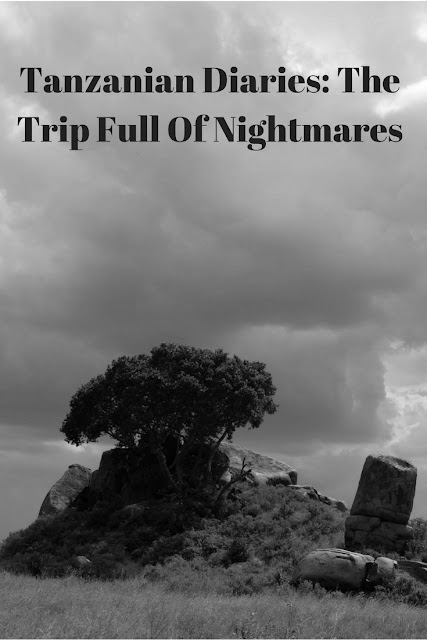 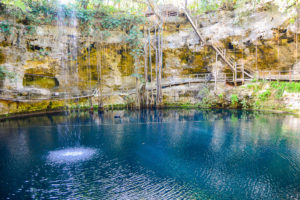 Many of us have that dream. To spend one summer, backpacking across Europe. Even though it was not my first time in Europe, I finally

Iceland has caught the fascination of many for so many years and it is not hard to imagine why. If there is one destination that

Your Ultimate Guide To Procuring a Schengen Visa from Netherlands (Indians)