Things To Do in Florida – Universal Studio, Disney Downtown, Tampa and Siesta Key

Florida has many attractions to visit. In this two part series, I write about some of the things to do in Florida including Universal Studio, Disney Downtown and Siesta Key beach. So where all have you been? 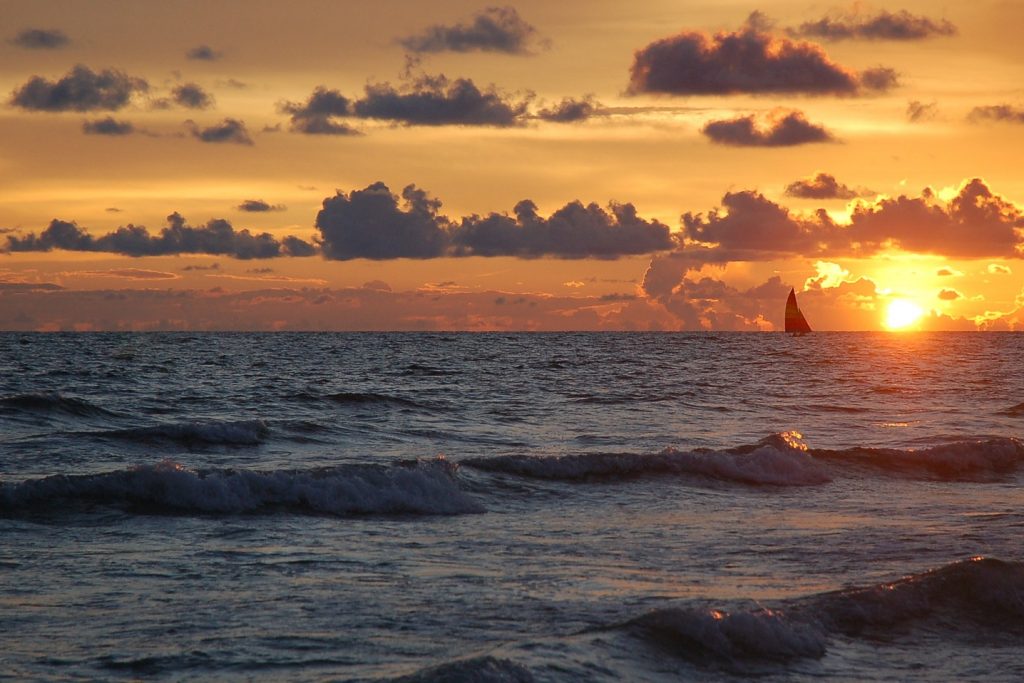 Florida was turning out to be a fun place. When you are with friends, time seems to just run away from you. After quite a tiring first day at Magic kingdom, none of us got up early the next day.

Things To Do in Florida – Universal Studio, Disney Downtown, Tampa and Siesta Key

So by the time we got to Universal Studio, Florida, it was past 11 AM. Since this was not a Disney park, there was no shuttle. After checking out of the room and dropping the luggage at the luggage bay, we took a cab to Universal. (Since checkout is at around 12:00 PM at most places, they have a luggage drop off point at some hotels). Like I mentioned before, local transportation is pretty bad around here.

Universal Orlando resort is quite huge and you have to walk around 10 minutes from the bus bay. The walkway is lined with shops and restaurants including few hotels as well. The Universal’s Islands of Adventure theme park is also situated here and even when you are walking towards the other park, you can see the huge roller coaster at Universal’s Islands of Adventure.

Soon we were in front of the famous ‘Universal Ball’ which marks the entry to ‘Universal Studios, Florida’. Again this theme park is divided into various areas like Production central, New York, San Francisco, London etc.

The first thing we noticed once we entered the park was that they were giving chits with time slots for the ‘Shrek Show’ which is the first one you see when you enter the park. We decided to get a slot and then went around to see the other shows.

Since it was July, the place was crowded and the waiting time for each of the rides was around 30 – 45 minutes. Twister was the one with the shortest waiting period and hence that is the first one we saw that day. This is one of the earlier rides at the park and hence it is less sophisticated compared to the others. Still, it was fun to see and experience a Twister through the eyes of the cast.

Revenge of the Mummy

Next, we went to go on the ‘Revenge of the Mummy’ ride. But even after waiting for more than 45 minutes, we were nowhere near the entrance of the queue. Additionally, the waiting area made me claustrophobic and we had to come out for fresh air. My friends tell me this is a good ride. J Since we did not have breakfast that day, we went to Finnegan’s for lunch. This place had good burgers.

After lunch, we went back to the Shrek show hoping that we could soon see the 4D show soon. But we were wrong and we had to wait for more than an hour to see the show. If you ask me the truth, this show is completely overrated and you end up waiting for a long time. The chit given initially just gives you entrance to the queue, not the show.

Next, we went to the ‘Despicable Me: Minions’ ride. Again the waiting period was long and we had to wait for an eternity before we could get on the ride. That is the main problem here. The waiting time is huge and we can do only a handful of rides due to this waiting time.

If you are travelling solo, remember to get a book or a game so that you do not feel bored waiting in the queue. There is an option of buying an express pass which is around 45$ per person. This ride is one of the newer rides and hence this was quite fun compared to the other two we had been on earlier in the day. All rides at Universal are motion simulated rides and hence they are enjoyable.

Soon we were on our way to the World Expo. After taking photos in front of the ‘Fast and Furious’ cars, we went to the Simpson ride. Of all the rides we went on that day, this was the one where we had to wait for the least. Still, this was my second favorite ride of the day. It was fun running around Krustyland with Homer, Marge and the kids. Yes, I watch random Simpson episodes.

The Wizarding World of Harry Potter

Our next stop was the ‘The Wizarding World of Harry Potter’. This is a themed area and it actually spans both the parks, Universal Studio and Islands of Adventure. A replica of the Hogwarts express takes people between both the parks. However you need to have a valid pass to enter the other park as well, else you will not be allowed to board. We did not know this at the time and hence we stuck to Universal Studios.

The area in Universal Studio has attractions like the Diagon Alley, King’s Cross station. But the flagship attraction here is Harry Potter and the Escape from Gringotts ride. This one is awesome and it is again a 3D motion based steel roller coaster dark ride. We are not allowed to carry anything and hence I do not have a single picture since we left our phones and cameras in a locker.

The replica of the Gringotts bank here is so good and I loved the huge chandeliers and the décor of the bank. We are taken inside the vaults and every detail here is so thought of. The ride itself lasts around 5 minutes but it feels so real that you feel lucky to be alive by the end of it. That, however, does not mean that I will never go again on this ride. I will definitely go again if I ever get the opportunity.

By the time this was over, it was already posted 8 PM. Yes, the waiting period had taken up all our time here as well. We had to choose our last ride since we did not have time for more than one. We chose the ‘Transformers’ dark ride. Here we have the Autobots trying to protect something from the Decepticons. This is a good ride too. However, since we did this after the ‘Harry Potter’ one, we could see the differences and flaws in this ride.

The plan was to go to pick up the luggage and then go to Disney Downtown for some drinks. However, by the time the friend with the car came, it was past 10:00 PM and we had just enough time to go pick up our luggage.

By the time we got to Disney Downtown it was quite late and the only place serving vegetarian food was Raglan’s Irish pub. It was fun catching up with friends and the live music only added to the festivities of the day. We were there until past 2 AM and we were soon driving back to Tampa. The drive back was just perfect. Reminiscing over old songs and old memories over a night drive is something that has to be experienced.

Next day was the first lazy day of my jam-packed schedule. It is necessary to take such off days else you will succumb to the pressures of incessant travelling. By the time I finished my laundry, my friend was busy making sure that I die of eating too much of her delicious food. We spent half the day lazing around. Then we went shopping and took a drive around Tampa. In the evening around 4, we decided to go to Siesta Key.

The drive there takes around 1 hour, 15 minutes. Again the drive was great and I loved this drive just like the others. By the time we got there, it was raining. The Siesta Key beach is supposed to be one of the best beaches around there but however, on that day, it was just ok due to the rains. After spending some time there, we were soon on our way back to Tampa. We spent the rest of the night eating too much food and bonding over drinks that we almost missed our flight to Washington the next day.


So what did you think about my Florida experience? Please do leave your valuable comments below.

5 thoughts on “Things To Do in Florida – Universal Studio, Disney Downtown, Tampa and Siesta Key”