In this post, I write about the various places I saw around San Francisco in two days. It is a gorgeous city and I had lots of fun when I was there couple of years ago. 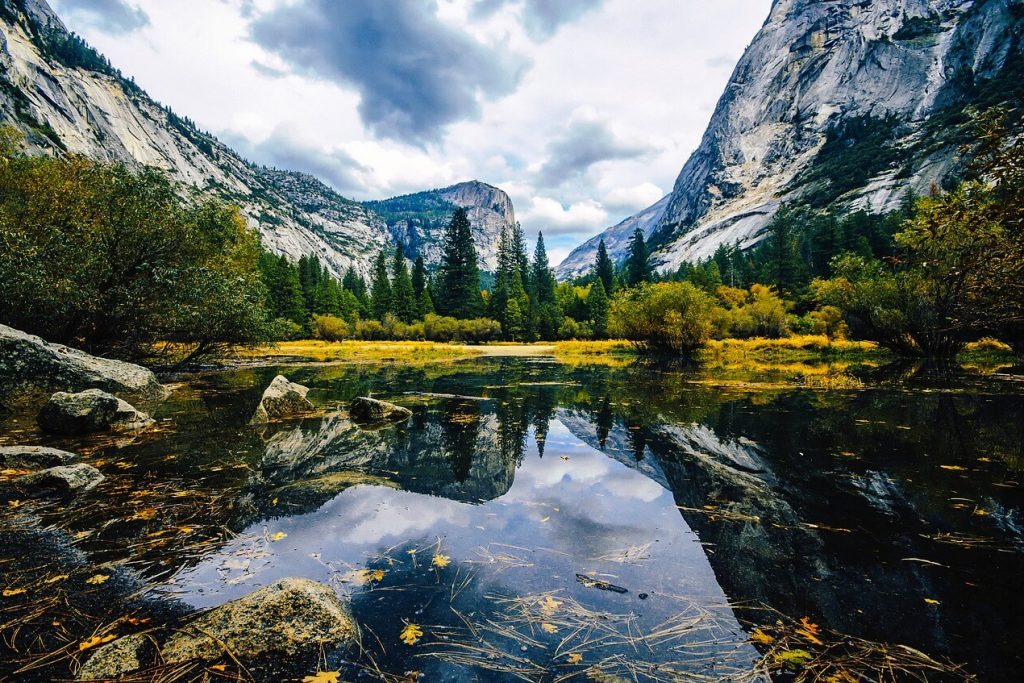 San Francisco was my last stop before I came back to India. Somehow that thought was nagging somewhere in the back of my mind and I knew that I had to soon go back to my reality. Don’t you ever wish that you did not have to? That you could just enjoy that pleasure of being in a new city for a little while longer.

We reached on a Thursday evening from Chicago and we were taken by bus to the city from Emeryville. As I said my goodbyes to a new friend I met on the train, I knew that I would probably never meet him ever again. Maybe he is reading this and I feel stupid not to have kept in touch. But I did not know how. He was a friend I made for two days and that was it.

The first thing you do when you arrive in this city is to finally pull out the jacket that you stashed somewhere and did not have to use it till then (I went to the US in summer). Someone rightly said this about San Francisco and I agree wholeheartedly.

“The coldest winter I ever spent was a summer in San Francisco.”

Since I desperately wanted to not smell anymore, I took an Uber to my AirBnb accommodation. And halfway across the World, I found an Indian-origin American from Bangalore who was my Uber driver. Talk about coincidences.

After a quick hot shower, I immediately decided to explore a bit of my locality on foot. I was also famished from eating train food for two days and even though it was not too bad, you cannot have it for more than 2 days. By the time dinner was done, I was too tired and decided to head back to my room. I also had a hectic schedule planned for the next day.

The next day I had to get up pretty early to figure how to get to my pick up point. The tour operator had given a central hotel as the pickup point. Even though Google maps showed me which Muni (Metro system in San Francisco) to take, I still ended up confused since I was not sure of the Muni stop. The nice lady driver on the Muni helped me out and I got there just in time for my 6:15 AM pickup.

Soon our bus was on the way to Yosemite. What can I tell you about Yosemite? It is so beautiful and you are left awestruck at the beauty of nature. The drive up there is heavenly and you can find more details here. But all I can say is this. Please do not miss Yosemite. I know that for many Indians, it is not as popular as the Niagara Falls. But the falls pale in comparison to the beauty of the Yosemite.

By the time we got back to the city it was after 8 and soon I took a Bart (Public Transportation system) to my room. That was the night that I accidentally walked into a Gay bar and did not realize till I had finished ordering. That was fun.

Next day was the day I was supposed to meet my friends. My friend was supposed to come pick me up in the morning but by the time he picked up another friend from the airport, it was almost 11 by the time they came. Since none of us had any breakfast that day, we decided to have an early lunch nearby. Soon we were on our way to the Golden gate bridge.

But unfortunately for us, everyone else had the same plan and it took us a while to get to the lookup point. Even then the fog disappointed us and we were not able to get a good view of the famous bridge. Next lookup point was much better and we were able to finally catch a good view of the bridge in all its mighty splendor. That view will be etched in my heart forever.

Ghiradelli Square was next up on our agenda. And we did the first thing that everyone who comes here does. We went in to have the famous and delicious Ghiradelli icecream. Pier 39 and Fisherman’s Wharf is located quite close to this and we decided to take a stroll around the place. This place is filled with shops and restaurants. It was a bright and sunny day and it was such a pleasure just roaming around endlessly. While walking we came across a $10 water boat that takes you around the Golden Gate Bridge and the Alcatraz Island.

This boat ride took around 30 minutes. Only one word of caution. Be layered up. San Francisco even in summer can be really chilly and you wish you had bought that extra jacket. But the view is phenomenal, especially if you did not have the extra time to visit Alcatraz. At one point, we even saw dolphins in the water, right beside our boat.

My friends had to leave by then and I had to start my shopping. I bought only a few souvenirs from there since it can be quite expensive buying from there. I spent almost another hour to take a Cable Car ride since it is supposedly part of the quintessential San Francisco experience. It is fun, but don’t expect too much out of the experience.

I took a cab back to a Safeway close to my house. Since San Francisco was my last stop, I had to buy chocolates and gifts for family and friends back in India. Yes, I am a wanderful shopper according to Ami.

Next day I took a morning train to Mountain View which is around 70 mins by train from San Francisco. Since most of my friends work in Silicon Valley, they stay all around the Bay Area. My friends picked me and soon we were on our way to Shoreline Park after brunch. This is a nice park and we spent hours chatting away about our college days. The setting was just perfect for a reunion after so many years.

Soon it was time to say goodbye to my friends from college. Another friend came and picked me up. He took me around Stanford and I finished the last bit of my shopping at the mall there. Soon we were on our way back to San Francisco after a day well spent with friends.

On the way back, we took parts of the 49-mile scenic route. We even stopped at the Sutro baths and somewhere along the Twin Peaks for a gorgeous sunset. View of the city is just magnificent from up there. It was after 10 by the time I got home that day.

Next day was my last day in the US. I had a 5 PM flight which meant that I had to get out of the house by 12. I had so much to do. I had to finish packing which I had left until the last minute to do as usual. But I did not want to do anything. My last day in the USA and all I wanted to do was nothing. We all do know the ‘Art of Doing Nothing’ (Guess the movie)). I had such a hectic schedule the entire time I was there. I was burned out and a part of me wanted to get back home to my family. But I knew I wanted to stay because I did not want to come back to my reality. It was such a memorable trip and San Francisco was just an icing on the cake.