Life Update – Marriage, Travel and Blogging (What changed in 2019)

Life changes at Travel, Books and Food and Soumya Nambiar - Marriage, Travel and Blogging. Read on to find out more about the changes. 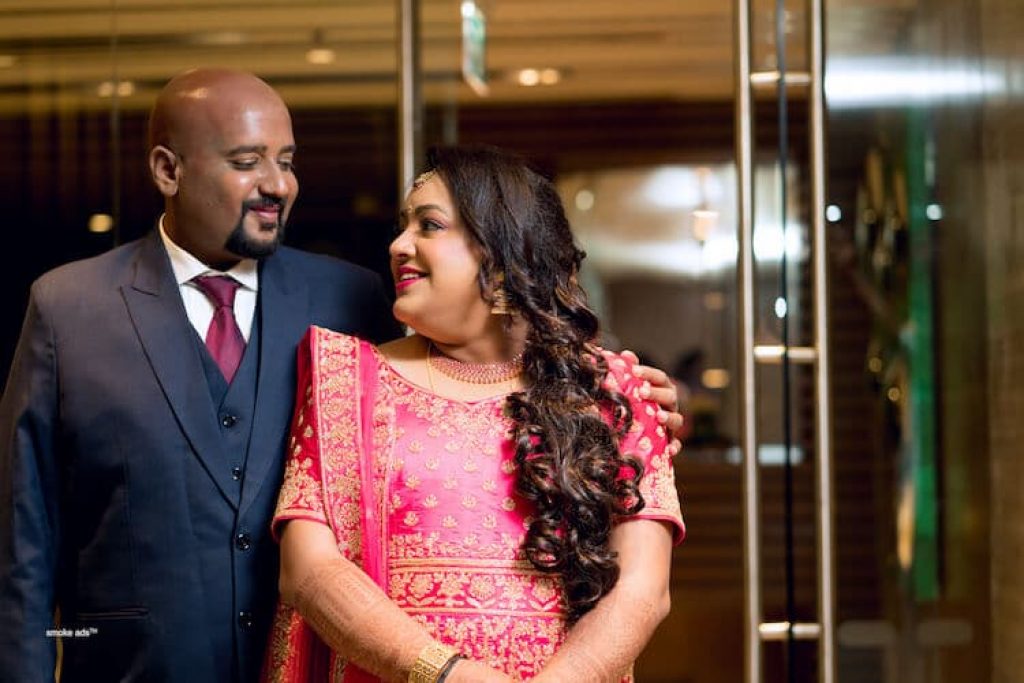 I know I have been missing for a while. But when you are getting married, sometimes it is good to take a break from blogging and social media (Even though my husband feels that I spend way too much time on my phone).

So I guess you got the gist of it. I got married on April 17th. It was a traditional South Indian wedding surrounded by friends and family at Guruvayoor, Kerala. This was followed by a reception in Bangalore on the 27th of April. Now you know why I have been fairly inactive over the past few months.

Who did I get married to?

His name is Tharun and he is a digital marketing consultant. Well, you will be seeing a lot more of him on this blog from now. So you will learn more about him soon. But some quick facts about him.

How did we meet?

I have lost count of the number of people who told me that they thought I had met him on one of my travelling groups. I have no clue why they thought that. In our case, there was no meet-cute as we see in the movies. We met on an online matrimonial website more than a year ago.

I remember coming back from our first date and telling my sister that I didn’t think it would work out (We were discussing recently how he felt the same as well). He was in Chennai and I was in Bangalore. Both of us had our share of relationships that didn’t work out. We were both enjoying being single and living our best lives. I was globe-trotting around the world and he was busy doing the things he loved. Both our moms had multiple surgeries over the course of last year. We spoke different languages and came from different backgrounds.

Nevertheless, we continued to keep in touch after our first date. We continued to talk to each other every single day and even met each other once in a while. We were good friends for a long time and I don’t think we even knew what to tag our relationship as for a really long time. Very few people in my friend’s circle actually knew about him and vice versa. We kept giving each other space.

When did we decide to get married?

For a while, I didn’t tell my parents that I had met him. My sisters knew. They knew I was talking to him but didn’t know any other details. Like all parents, they were worried as well. They wanted to know if anything was going to materialise out of it. But they also knew that if they pushed me too soon, I would bolt in the opposite direction like the previous time. Both of us are in our thirties and we were kind of the last responsibility for both sets of parents.

In October of last year, our parents met each other for the first time. They wanted a December wedding but both of us managed to stall them. If you ask me, both of us were still not sure. We ended up spending a few days together towards the end of October and beginning of November. I guess that is when it struck us about how much we meant to each other. But like fools, we did not admit to each other how we felt.

I was sitting in my room in London after a long day at WTM missing him and that is when he called and asked me to marry him. We had to be in two different countries in two different continents for both of us to finally say how we felt about each other. Ya, I know. Facepalm moment.

By the time I got back from the trip, both our mothers had another set of surgeries scheduled. Then, December was a hectic month with my grandma turning 90 as well as a few other weddings in the family. By the time we started looking for dates, it was the end of December and the earliest suitable date they could find was on the 17th of April. It was going to be a summer wedding. I was not very pleased about that. But then I had no other choice other than accepting it.

My plan was to elope since that would have been so much easier. But our families had different plans. It was going to be the last wedding in both the families for a while and they wanted to do the big fat Indian wedding. And when that happens, both the bride and the groom really didn’t have much to do. I just had to show up for my saree shopping and for a few other things. My sisters were my wedding planners and now I have to get them to write detailed posts on how they went around planning. They will probably ask me to get lost. But I can still try.

Anyway, everything went fine except for a few minor hiccups. One day I will definitely write about how Hotelsdotcom almost ruined my wedding by not giving us rooms two days before the wedding even though we had confirmed reservations.

What is next? Are you going to give up your life of travel?

That is definitely not going to happen. Both of us are avid travellers and we cannot stay still at one place for too long. Even though we have different styles when it comes to travelling, both of us love road tripping and beaches. We are going on our honeymoon for the next few weeks in May. The plan is to go island hopping around some of the islands in South East Asia and hopefully, we will get to at least a few rather than my husband spending the entire time in one island. Except for our tickets, nothing has been booked and the planner in me has slowly started to panic knowing that.

Does that mean that your days of solo travel are finally over?

I find this question quite amusing as well. I will definitely take some solo trips every once in a while. Also, as I am getting more travel related projects, there will be times when I will have to travel without him. We will continue to travel together but once in a while, we are also planning to do a few trips on our own. But there will be a lot of bike trips in the future.

Are you moving out of Bangalore?

I actually got him to move from Chennai to Bangalore. We thought that it was better that way. He was looking for a role change as well and thankfully, he is starting a new job by the end of this month in Bangalore. That is one of the reasons we didn’t plan our honeymoon until the last moment since we were not sure about his joining date.

Does that mean that the focus of this website is going to change?

Not really. I have always written about Indian travel, specifically on visas and vegetarian food. Hence, I will continue writing on that. The only change you will see is that there might be more focus on couple travel as well as travelling with pets.

I told you that I will get to her soon. My husband is a proud dad to our 6-year-old, Rottweiler. So that makes me a mom too. She is as adorable as she looks in this picture. As a person who has never lived in the same house as a pet, I thought it would be hard to adjust. But living with her is so much easier than living with a man. She troubles no one other than when she wants her rubs and most times we won’t even know she is around (She loves to sleep). We are looking at travelling with her around India and that is going to be an interesting challenge since India is not at all friendly when it comes to travelling with pets.

Note: Miss B passed away from Cancer in October 2019.

What is happening on the blogging front?

I have been pretty quiet on this front and hopefully, all that will change once I am back from my honeymoon. I am looking at blogging at least 3-4 times every month. But the good thing is that even though I neglected my blog, it has grown a lot over the past few months. Last month, I celebrated getting 30,000+ page views every month and that too mostly from Google’s organic search. My target is to touch 50,000 per month in the next few months and hopefully, that will happen soon.

So that is all from me this time. Hope to see you guys continuing to follow me on this new phase in my life. Your prayers and blessings will always mean a lot to me.

Note: All photos are courtesy our wedding photographer, Smoke Ads. Unfortunately, I had to resize the pictures to upload and there is some noise due to the same. These pictures don’t do justice to the real pictures and hopefully, I will get the remaining soon.

7 thoughts on “Life Update – Marriage, Travel and Blogging (What changed in 2019)”