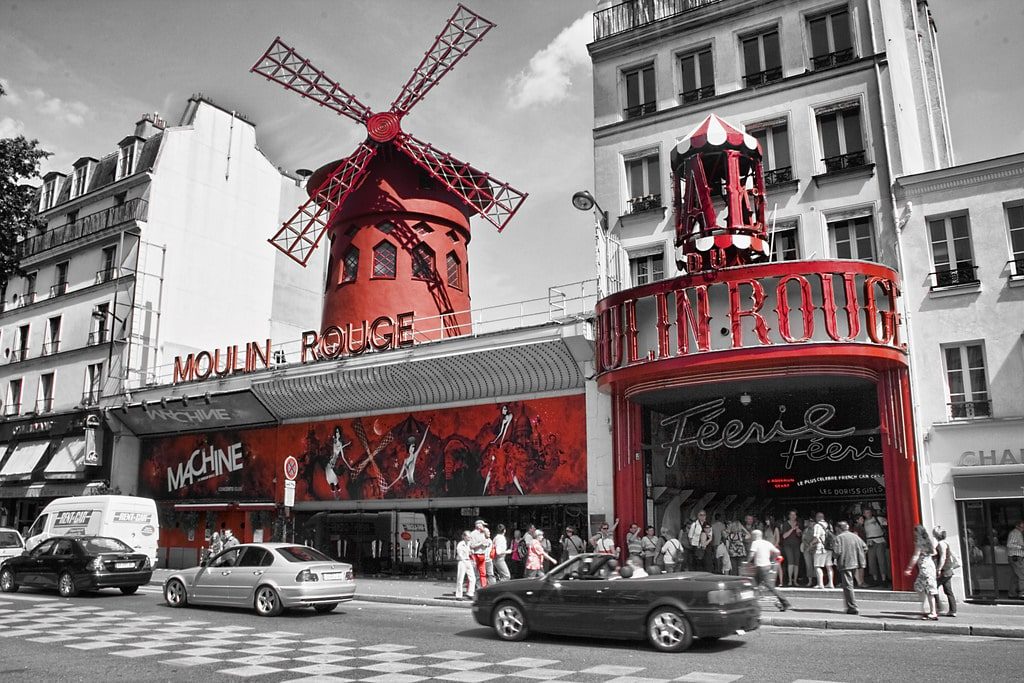 I am supposedly a cultural traveler. That is what my friends tell me. Maybe I am because I usually don’t miss my chance of watching shows whenever I am traveling. After watching ‘Phantom of the Opera’, a Broadway musical in New York, I wanted to see “Moulin Rouge” in Paris. No, I am not talking about the movie.

Actually, I never saw the movie since I was still not an adult back then and then never bothered to watch the movie post that. So, what is Moulin Rouge in Paris? I knew that it was a cabaret. But knowing it and wanting to see one of the world’s greatest acts are two different things. I learned it the hard way and read on to find out how I got one of the biggest cultural shocks in my life. I have realized that I should research more in the future. Here I list some of the ‘Things to remember while visiting Moulin Rouge Paris‘.

How to get Moulin Rouge Paris tickets?

How much does it cost to see a show at Moulin Rouge?

It is approximately 90 Euros for a single person for a show with champagne. If you include dinner, it is around 200 euros.

Moulin Rouge, Paris runs 2 shows every day of the year at 9 PM and 11 PM (I am not sure about holidays). For those wanting to have dinner, there is an option of having dinner at 7 PM followed by the 9 PM show. The Moulin Rouge show length is approximately 105-110 minutes.

I did not choose the dinner option since there were no vegetarian options to choose from and at the same time, it was expensive too. You have to pay a minimum of 105 Euros for a single ticket.

So you are wondering what is the Moulin Rouge Paris dresscode? They are very elegant when it comes to Moulin Rouge attire. They don’t expect the men to wear ties or suits and business casuals will do. But I did not see anyone in jeans and most people dress up when they are going to see the show at Moulin Rouge, Paris. But shorts, flip flops, sports shoes and sportswear are not permitted inside and that is the only rule when it comes to dress code for Moulin Rouge.

Since I was on a 6-week trip around Europe, I had only flip-flops and sports shoes. So, I actually went shoe-shopping in Paris and ended up buying a gorgeous pair of heels (my only splurge shopping throughout the entire trip). I ended up wearing an evening wear gown, which I had carried with me. They do have a cloakroom for storing your coats.

Can you wear jeans to Moulin Rouge?

Jeans are not banned. However most people wearing jeans coupled that with a blazer or something fashionable. After all it is the fashion capital of the world.

Do people dress up for Moulin Rouge?

Yes, it is a very fancy affair with champagne and a course meal included. So most people do dress up for the Moulin rouge.

When to arrive for the shows at Moulin Rouge Paris?

It is recommended that you arrive at least half an hour in advance. Most shows are fully booked and it does take the staff some time to seat everyone. You can either carry a paper ticket or you can show the tickets on your smartphone.

First impressions of the hall at Moulin Rouge Paris:

It is a huge seating area and the entire hall is classily done with red shades and it is eloquently gorgeous. Each and every guest is individually seated. I had a normal ticket and I was placed right next to the stage in the front. You are prohibited from taking any pictures and please adhere to this rule.

My ticket came with half a bottle of champagne and I ended up having only a single sip.

After seeing the ambience, I was extremely excited and I couldn’t wait for the show to begin.

Moulin Rouge, Paris is a cabaret and has been around since the late 1800’s. The original building burnt down in 1915 and it was replaced with the existing building, characterized by the red windmill.

The most famous dance shown here is the Can-Can dance, which is a very enthusiastic but at the same time physically challenging dance. There are around 80 dancers, both female and male dancers with around 60 of them being ladies. The ladies are affectionately called Doris’s girls after one of the most famous dancers, Doris Haug and who formed the first Doris’s troupe.

The resident stage show is called the Feerie, which has been running since 1998. It comprises of 4 acts, each sticking to a theme. The first act is in the ‘Garden of Moulin Rouge” followed by ‘Pirates’, ‘Circus’ and the last act paying tribute to the women of Paris.

Between each act, there are some international acts like the couple in roller skates, a trio of acrobats etc.

What is Moulin Rouge Paris?:

The shows always start on time and as I sat there waiting to be transported to another land, the show started. It started innocently enough with lots of dancers entering the stage all dressed up. You have to see it to believe it. All the costumes are gorgeous and colorful with exquisite sequined designs and fascinating headgears.

But then as the act progressed, I suddenly sat there shocked out of my wits. I can only blame myself but I did not know till I actually saw the frontal female nudity that this show was adult-themed. Yes, you can expect to see a lot of boobs (Oops, did I actually use the word on my travel blog? Please grow up if you felt offended by it.) There is a lot of dancing and a fair number of boobs too. So do expect some Moulin Rouge nudity if you are ever there.

Mind you, not all Moulin Rouge dancers are nude. In the group of maybe 60 girls, around 15 of them are nude while the rest of them are covered. After I recovered from my initial shock, it was actually lots of fun. There was nothing trashy about the whole show and it was as classy as it can be. There is some superb dancing and to top it for us girls, there is some eye candy in the form of gorgeous male dancers. The passion that goes into each show is evident from the smiles of each and every one of those dancers. In spite of doing some hard numbers, all of them do it with a captivating smile.

Costumes are out of this world and each of them appears to be carefully crafted with elaborate headgears and lots of sequins. The acts are all entertaining even though I could not understand a word of what they were singing. Everything is in French but in spite of that, I sat absolutely enthralled with everything going on in the show.

In addition to the dancers, you can also find some cute miniature horses and clowns during the Circus act. In one act, you can see a lady swimming with Boa Constrictors and I was ready to sprint out when I saw the snakes so close to me. All the acts in between are also exceptional and special mention needs to be given to the couple dancing in roller skates. The energy through the Can Can dance is quite inspiring too.

It was a great way to spend two hours of my life and I am really glad that I got to see Moulin Rouge, Paris.

Kids above 6 years are allowed but unless you want to scar your Indian child for life, I would strongly advise you against taking your kids to watch the Moulin Rouge, Paris. I really can’t comment on kids from other countries, though.

Is it advisable to go to Moulin Rouge with Indian elders?

Again, I would strongly advise you against it. Unless you want to scare your mother in law to death after seeing so many boobs.

Would I advise a solo traveller to go to Moulin Rouge Paris?

I went alone and I had a gala time during the entire show. Go with an open mind and you will definitely have a great time.

How long is the Moulin Rouge show in Paris?

The show lasts around 2 hours if you do not go for a dinner show. The timings are basically at 9 PM and 11 PM. If you are going for a dinner show, it lasts for around 3.5 – 4 hours and starts at 7 PM.

Getting Back after watching the Moulin Rouge show:

The first show gets over at 11 PM. There is a taxi stand just opposite and you have to wait in a queue to get a cab. If you can leave a little early to beat the crowd, then please do. I was staying close by and this taxi ride cost me around 12 Euros.

Is Moulin Rouge Paris worth it?

Definitely. I would love to go back again one day with my partner. It was so much fun and the atmosphere was just awesome.

So that is it, my scandalous summary of my time at the Moulin Rouge, Paris. If you want to catch a trailer of the show, you can check it out here. I would definitely love to watch Moulin Rouge all over again.

Find out more things to do for 3 days in Paris.

Liked it, the pin it.

Find my recommendations for guide books on France.